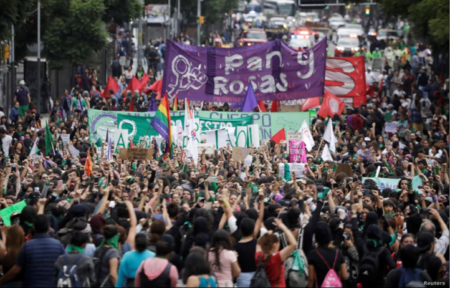 Mexican activists took to the streets in five cities on 28 September 2019 to demand safe and legal abortions, many wearing the green bandanas that have become a symbol of the movement in Latin America. The largest event (photo) was in Mexico City. Local television also showed footage of marches in the states of Aguascalientes, Jalisco, Oaxaca and Veracruz.