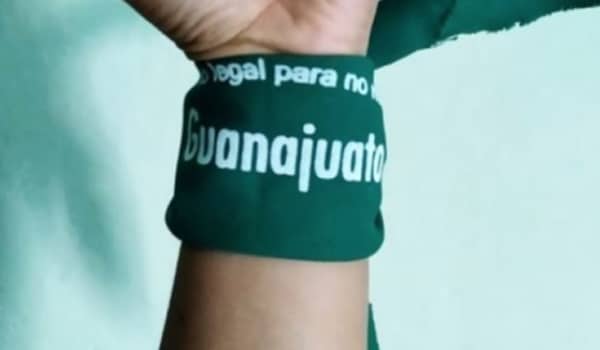 Representatives from the Justice and Public Health Commissions rejected the initiative on the decriminalisation of abortion in Guanajuato, declaring it inadmissible, with three votes in favour and six against.

Then, in a virtual session, legislators from the Guanajuato Congress, most of them members of PAN, rejected a request to analyse the issue further, which was proposed by local representatives from the Morena party and the Revolutionary Democratic Party (PRD).

In the days leading up to these votes, a range of virtual discussion forums were held. They included civil society organisations that defend women’s rights, feminist groups, religious ministers, officials representing the Ministry of Health, the Women’s Institute, the State Attorney General’s Office, the Governor General’s Legal Coordination, and the State Attorney’s Office for Human Rights, as well as anti-abortion groups.

On 26 May, feminist groups held a protest and were said to have vandalised a wall of the cathedral of León, the PAN Municipal Committee building and other properties near the State Congress. An anti-abortion group kindly cleaned the cathedral wall afterwards. The Verde Aquelarre collective (Green Coven) indicated that they will not take a step back until abortion is legal in Guanajuato. SOURCE: Yucatan Times, 26 May 2020