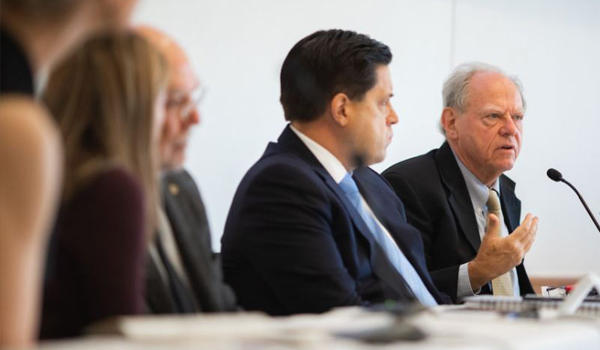 In Mexico, abortion is a state law matter. It is considered a crime in most Mexican states except for Mexico City and Oaxaca, where abortion is permitted within the first trimester of the pregnancy. In the rest of the states, abortion is allowed under limited legal indications: rape, health risks, danger of death, fetal impairment, and distressing economic situations. The legal indications are similar but not identical in the Mexican territory. The only legal indication for abortion that applies in every state is rape.

In this context, what makes the recent abortion ruling of the Mexican Supreme Court important?

As to the facts: denial of abortion services due to health risks in a government-run health facility reached the Court, who identified three important constitutional questions:

The Mexican Court responded all three questions affirmatively. To do so, the Court relies on its jurisprudence that the constitutional right to health includes freedoms and entitlements. When it comes to abortion, the Court recognizes those freedoms to include women’s right to make free decisions regarding their personal health outcomes and the risks they are able or willing to take, once a risk to health due to pregnancy is assessed by a physician. As to the entitlements, the Court holds that women have the right to such medical assessment and to free abortion services, both to be provided by health care facilities.

Once the Court held that decisions regarding abortion and access to medical services when abortion is needed due to health risks are part of the constitutional right to health, it also ruled that health risks must be understood in broad terms to consider physical, mental, and social health… from the definition of health provided by the Protocol of San Salvador, a mandatory human rights treaty in Mexico. This interpretation also allows medical professionals to consider the specific woman’s life expectations, age, poverty, and distress, among other individual challenging situations, where abortion has been understood to be outlawed, in their assessments.

It might be worth noting that Mexican Court has not yet dealt with the main question regarding abortion when and where it is still considered a crime. That is: is criminalization of abortion a violation to women’s human rights?… It may be too soon to determine the effects of the ruling as it has yet to be tested against the reality of health care services in Mexico. How health care providers and facilities will react to and approach this important holding is yet to be seen. Hopefully this ruling provokes public debate, breaks ground for further constitutional challenges in this regard, and most importantly guarantees women access to safe abortion services.

FULL TEXT: Blog by Adriana Ortega Ortiz, LL.M., Director of the Supreme Court’s Gender Equality Unit, who served as Court Clerk for this case and also translated the Court’s ruling into English.

This English translation has fostered international legal discussion. At the Harvard Law School’s recent conference on “Abortion Battles in Mexico and Beyond: The Role of Law and the Courts” two of the Supreme Court judges, Justice González Alcántara and Justice Gutiérrez Ortiz Mena, delivered keynote addresses in English, amid presentations by other experts (e.g. on the abortion ban in El Salvador). Videos online

Two other clerks of the Supreme Court of Mexico have published insights from other perspectives:
– David García Sarubbi, The Fundamental Right to Health and Judicial Review in México
– Patricia del Arenal Urueta, Amparo en Revisión 1388/2015 and the “Rights” Discourse in Mexico