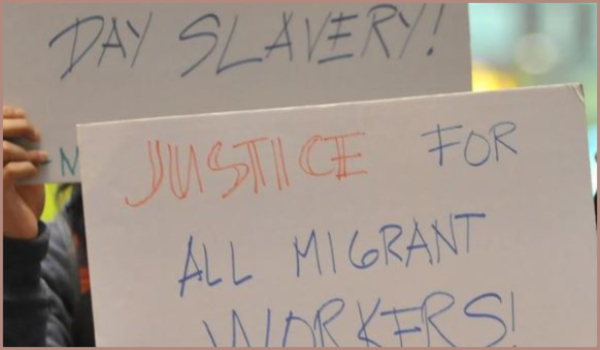 “Farah* has morbid memories of the abortion she had three years ago, but she cannot recall exactly how long the procedure took. ‘I just felt like it lasted a whole day, the longest day of my life,’ the 26-year-old tells Middle East Eye. ‘I vividly remember the unbearable wait before the operation. Since then, I haven’t been able to stop talking about it…It was gruelling.’ A friend of hers had given her the name and address of a doctor who performs abortions in a private clinic. Farah says that the doctor was not sympathetic to her needs and ‘was almost smiling during surgery’. Feeling like she was too young to raise a child by herself because she was unmarried, Farah decided to get an abortion when she was three weeks pregnant. Due to financial constraints, she was not able to afford an anaesthetic for the procedure. According to Farah, it would’ve added an extra $300 to the total cost. Instead, she settled for a Tramadol pill the doctor gave her that did little to numb the pain. She remembers screaming during the operation. “I couldn’t comprehend how painful it was,” she says. Following the abortion, Farah experienced bleeding for days. When she tried to reach out to her doctor, she says he ignored her calls. Feeling too scared and ashamed to see another doctor, Farah endured the bleeding until it stopped without any medical support.”

In 2016…Over the course of an hour, Rama* described to the Guardian in harrowing detail a hellish nine months as part of the largest sex trafficking ring ever uncovered in Lebanon, in which she endured torture, including being beaten with cables and an electric baton, with a bathroom mat in her mouth to keep her from screaming. She was forced to have sex on average 10 times a day and imprisoned in a decrepit house without even a glimpse of sunlight. She also detailed the abuse of the other women who were enslaved in the network, forced to have abortions after unprotected sex with customers, and subjected to inhumane physical and psychological torture… She said the women who got pregnant after having unprotected sex with customers were taken to have abortions… often months into the actual pregnancy. Police officials arrested the doctor responsible, who operated a clinic in the northern Beirut suburb of Dekwaneh, where investigators say he performed as many as 200 abortions on [the 75] women enslaved in the network.

When 28-year-old Carla* found out she was pregnant in 2015, she had been seeing different men and was not sure who the father was. ‘It was a Friday, the day before Eid. I called the one who most likely was the father. He told me we would fix it on the following Monday. By then, he had asked a friend of his to find us a doctor who carries out abortions.’ Carla describes the weekend before her visit to the doctor as ‘torture’. ‘All my family was here for a huge barbecue for lunch at my uncle’s place, eating meat and all kind of mezze and I was unable to swallow anything.’ On Monday morning, Carla pretended she was going to work and met with her friend instead. They drove to a district [near] Beirut to meet the doctor. But once there, the doctor informed them he no longer carried out abortions, so they had to resort to plan B. Carla asked for help from a centre… which provides confidential and anonymous services related to sexual health. The centre advised her on doctors and gave her their locations… She then went to a clinic operating illegally south of Beirut and was told by the doctors there that she was two months pregnant. Carla remembers the room being ‘small and messy’, with the presence of the ‘aspirator’ machine. She describes the procedure, which cost her $400, as being extremely painful although she was given anaesthesia. ‘It was like someone was trying to grasp something inside of me but could not do it. I was not looking below my waist but I could imagine. I threw up all over the place during the operation, it was such a disaster.’ (Middle East Eye)

“Many doctors take advantage of the fact that abortion is not legal… On average, abortion in Lebanon costs between $300 and $1,200, according to several doctors and women. Nadim*, a gynaecologist, says he does not perform abortions for the money. ‘I see 50 patients every day … Do you know Robin Hood? I am like him,’ he boasts. Nadim insists that he does not have a fixed fee. ‘It depends on the patients. If some of them can afford it, I will charge them and give the money to the needy.’ Nadim charges $400 on average for the procedure but does it pro-bono for those who cannot afford it. Pierre*, another gynaecologist, says that he falsifies papers pretending the mother’s health is at risk in order to be able to perform the procedure in a hospital. He charges $1200 for an abortion.” (Middle East Eye)

“For Afamia Kaddour, a Geneva-based coach for refugees on schooling and integration issues, ‘the law remains unchanged for the same reasons as the political landscape remains the same. The political priority is to keep the status quo regarding religious communities which, most of the time, consider the oppression of women essential,’ she explains. (Middle East Eye)

* Not their real names