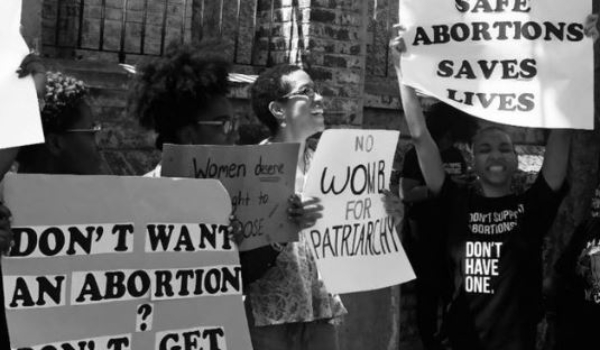 Statement by the Partnership for Women’s Health and Wellbeing

On 4 February 2019, in support of the motion tabled in June last year by member of Parliament Julia Cuthbert-Flynn calling for abortion law reform, the Partnership for Women’s Health and Wellbeing published a submission to the Human Resources and Development Committee of Parliament considering the motion with a long, detailed and passionate defence of why safe abortion is crucial for women. It is signed by 50 individuals and five organisations, and opens as follows:

“The matter of abortion law reform is again on the national agenda. DAWN Caribbean, the SISTREN Theatre Collective, Woman Inc., Women’s Media Watch, representatives of the United Church in Jamaica, Fathers Inc., the Jamaica Women’s Political Caucus, and the Kingston and St. Andrew Action Forum were among those who mobilized and organized in support of the reform recommendations of the Abortion Advisory Committee in 2007-2009. These efforts were aborted by the unceremonious abandonment of the Select Committee considering the recommendations by the then government, under pressure from anti-choice groups. No government administration, either PNP or JLP, has so far had the courage to support women on this issue, by legislating to facilitate safe abortion.”

The submission lists all the reasons why women seek abortions. It talks about many being mothers already who, if they die from complications of unsafe abortion, leave orphans behind. It also points out that:

“Regrettably, pregnancy is often not a question of choice for women, not only in cases of rape and incest but also in the everyday dynamic of gender relations where many women are subject to domination and/or the threat of violence from men. Regrettably, one in four women, 25.2%, has been physically abused by a male partner (IDB/STATIN/UN WOMEN Women’s Health Survey 2016, Jamaica). In this context, responsibilities for others, particularly other children and the elderly, renders many women even less able to protect themselves against pregnancy and/or to cope with having a child.”

They go into detail as to all the reasons why women have abortions. They express support for the recommendations of the Abortion Policy Review Advisory Group, which reported in 2007. They also point out that the Government of Jamaica has, since 1975, recognised unsafe abortion and rates of maternal mortality as a significant public health problem affecting women. They express regret that “religious suasion and a lack of resolve within and across political parties have derailed efforts to resolve this issue… While religious voices have the right, like any other group to express an opinion, there are certain consequences and circumstances which point to critical public health and human rights facts which if ignored, would be perilous to the country and injurious to many of its citizens.”

Statement by a group of Caribbean women’s organisations and individuals

Then, on 5 March 2019, a group of nine social justice and women’s organisations and 32 prominent advocates in the Caribbean signed another statement that notes the Jamaican parliamentary consultations underway on whether to reform the law on abortion. It says:

“…Within CARICOM, Barbados (1983) and Guyana (1995) have led the way with legislation that decriminalizes the termination of pregnancy. Belize, St. Lucia, and St. Vincent and the Grenadines have expanded the exceptions that allow for abortion under the criminal law.

“In the Caribbean and internationally, access to safe termination of pregnancy is a social justice and human rights issue.

“In desperation, poor women, adolescent girls and young women seek abortion from unqualified persons, often in unhygienic environments. Some of the methods and implements used to induce miscarriages include: inserting bicycle spokes into the uterus; douching with bleach or hot Dettol; ingesting hot stout with quinine tablets… and having a ‘massage’ by a village midwife.

“In Trinidad and Tobago, research conducted by ASPIRE has shown that some 3,000–4,000 women and girls seek emergency treatment at public hospitals annually for the health complications of backstreet abortions, which include sepsis and haemorrhage. Many others do not seek early medical intervention and suffer infertility, fistulae, pelvic inflammatory disease, chronic pelvic pain later on and even death. We understand as well that unsafe abortions are one of the leading causes of maternal mortality in Jamaica…

“While poor women tend to suffer these terrible consequences, their middle and upper class sisters can afford to pay for abortions conducted by gynaecologists and general practitioners under sanitary conditions in private medical clinics.

“The law therefore, in its actual effect, discriminates against poor women. They are forced to make choices that they may otherwise not make if public health facilities guaranteed services for termination on the basis of informed consent and confidentiality.

The statement ends: “We congratulate the Jamaican parliamentarians and social justice advocates who have placed this issue on the legislative agenda. We urge the Jamaican parliament to guarantee women’s enjoyment of their rights to equal treatment, privacy, integrity of the person and non-discriminatory access to sexual and reproductive health rights and services.”