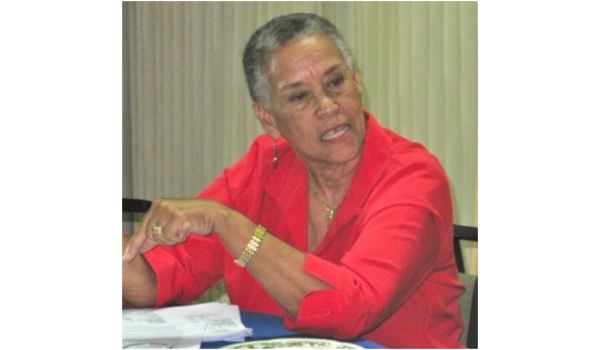 by Joan French and Statement of Committed Christians

Joan French, who is from Jamaica, has long been involved in activism for women’s socio-cultural and political progress. She was a Board member of the Women’s Resource and Outreach Centre, a founding member of the Caribbean Association for Feminist Research and Action, Coordinator of the Caribbean Policy Development Centre; 1991-1995, and was involved in discussions leading to the establishment of the Institute of Gender and Development Studies at the University of the West Indies. She has also served as the UNICEF Regional Advisor for Women in the Americas and Caribbean Regional Office, Chief of Gender at UNICEF Headquarters in New York, and UNICEF’s country representative to Burkina Faso, West Africa. Joan French is the catalyst and coordinator for the Partnership for Women’s Health and Wellbeing (PWHW), which is at the forefront of action for decriminalising abortion in Jamaica.

In mid-2018, following the death of a constituent from a botched abortion, Member of Parliament Juliet Cuthbert-Flynn made her protest against the existing laws regarding abortion public via the media. She presented a Motion to the Parliament proposing the decriminalisation of abortion and its replacement by a civil law setting out the conditions under which women would be able to access legal and safe termination of pregnancies. Under Jamaican Statutory law a woman can be sentenced to life imprisonment for attempting to terminate a pregnancy, and accomplices or facilitators up to three years. While it is arguable that the Common Law accepts abortion ‘if the life of the mother is in danger’, some doctors have been challenged by the State when they have performed abortions according to their interpretation of that provision. The result of this situation is that women who choose abortion often have them performed in unsafe conditions, risking their lives. The World Health Organization estimates that 22,000 abortions are performed in Jamaica each year. (WHO, Unsafe Abortions 2004). Many of those who survive suffer serious complications such as severe infections, gangrene in the uterus, haemorrhaging, tearing of the cervix, uterine perforation, laceration of the vaginal wall. The situation disproportionately affects women who are poor and young, since those who have money can find qualified doctors who will perform their abortions for a considerable fee.

By December, when the women’s movement and other social forces became aware of the Parliamentary process and planned hearings, and the Partnership for Women’s Health and Wellbeing (PWHW) was convened, the anti-abortion forces had already been in high gear for months. Nevertheless, the PWHW was able to get its foot in the door by sending a submission by the deadline date of February 4, and succeeded in having the Parliament extend the deadline date to February 18. Through a process of extensive networking, we were able to galvanise ten pro-choice presentations to meet the new deadline, to mobilise pro-choice presence at the hearings, including a high-visibility Solidarity, Stand and Sit-in, which broke the anti-choice monopoly on parliamentary engagement. The anti-choice presentations are now almost over, and from here on the pro-choice presentations will dominate the hearings in the Parliament.

The engagement of the Christian community has been extremely important in combatting the monopoly of the anti-choice forces. This is so because Jamaica’s politics and culture are highly influenced by the church, the voice of the church in the media has been dominated by anti-choice church ‘authorities’, and the position of the pro-choice church people has been under-mobilised and under-represented. Both political parties have demonstrated fear of what they consider to be the dominant anti-choice position of the voters within the church (neither party has addressed the issue of legal reform of abortion laws, although proposals in that direction have been made by Ministers of Health from the two dominant political parties since 1975).

The recently issued statement by a group of churchwomen, included at the end of this article, gives voice to a different church, one understood by real women facing real situations and holding on to the compassion which was at the centre of the actions of the revolutionary Christ who went against the teachings and ‘laws’ of the Pharisees. Some Christian men understand the realities and are also voicing their support, including in the media. In contrast the anti-abortion church as represented at the hearings claimed adherence to a “Judaeo-Christian morality” regarded as reflecting the position of “Jamaican society”. This statement of churchwomen challenges that position.

The fact that the Committee hearing the Motion presented by MP Cuthbert-Flynn is headed by Member of Parliament Deacon Ronald Thwaites of the Catholic Church, whose anti-choice views are well known, does not augur well for the independence of the Committee’s report in terms of its obligations to what is in fact a plural society with persons of many different faiths and spiritual practices. This report will have to be approved by and sent to the wider parliament for consideration by Mr. Thwaites as Chair. Confronting Member of Parliament Thwaites with the views and recommendations of pro-choice churchwomen and men will hopefully weigh on the side of his role as Member of Parliament in a State which is supposed to respect and honor the needs and rights of all its citizens, women included.

Beyond this it is useful to note that Member of Parliament Cuthbert-Flynn is one of 12 women in the 63-member Upper House of Parliament. This is a reflection of the fact that the political parties concerned have not yet broken with the patriarchal male-dominant model, in which not only males (and not all) but also some females adhere to male dominance as ‘natural’ and ‘just the reality’. The fact that MP Cuthbert-Flynn presented a private member’s motion, rather than one supported by her party or by a bi-partisan coalition of the House, is a reflection of this reality. Since votes count most for most of our politicians, demonstrating that the dominant voice of the church does not necessarily reflect the real voice of churchpeople, and that there is a strong contingent of Christian pro-choice sentiment and commitment within the church that does not follow the patriarchal lead, may make them think again.

We, as committed Christians, fully support the call for abortion or termination of pregnancy on the terms advocated by the Advisory Committee to the Parliamentary Select Committee of 2007-2009 and by the Partnership for Women’s Health and Wellbeing. These terms include: the procedure being carried out within the Health System by a qualified medical practitioner, not recommended beyond 12 weeks, involving pre- and post-abortion counselling, and with special provisions for pregnant girls under 18 years of age. We recognise that terminating a pregnancy is never an easy decision but we hold out the compassion of Christ to all women faced with this decision. We also feel the pain of those sisters who have had miscarriages or are unable to conceive.

Why do we support the termination of a pregnancy/abortion on these terms?

1. The Creator has given us all the ability to collectively understand the laws of science as we continue to explore and appreciate the marvellous world of God’s creation. No branch of knowledge works more in teams than science, across all political barriers. We unwittingly insult God when we do not use this amazing knowledge to further our understanding of life.

2. Science tells us that at 6 weeks the embryo is so tiny it can fit within our small finger nail; at 8 weeks it weighs 1/30th of an ounce. At 12 weeks, now called a foetus, it is 4 inches long and weighs 1 ounce. It has all its organs, but none are functioning. Science tells us that the foetus is not able to function fully independently outside the womb until 23 weeks. Aborting an embryo up to 12 weeks is NOT murdering a baby. There are pictures being circulated to promote this idea that an embryo of 12 weeks or less is an almost fully grown foetus (at 23 or more weeks when it is viable). This is, unfortunately, highly deceptive. In today’s jargon they are FAKE NEWS.

3. We are making this statement not out of anger, but out of the fullness of our love and our commitment to people’s wellbeing. There are many examples of the situations into which a woman or man may not wish to bring another into the world. They do not have the resources, human and financial, to raise another child or there is serious stress associated with the pregnancy. The decision to terminate a pregnancy is never an easy one but bringing unwanted pregnancies to term leads to unwanted children, often without access to caring adults, and subject to abuse from stressed mothers or fathers. The stress in these circumstances can severely impact the development of the child. Where a child is subject to chronic stressful events as can occur in circumstances where the mother, in particular, is incapable of providing the necessary loving atmosphere, the resulting toxic stress can result in smaller brains or change the stress system so that the child has a lower ability to endure stress, which can later lead to physical and mental illness (“Excessive stress disrupts the architecture of the developing brain,” National Scientific Council on the Developing Child, USA, 2005).

4. We are clear: Abortion up to 12 weeks is not killing a human person.

God is unimaginable goodness and love. The abundance and fertility of Nature is all around us and includes our own fertility; for example, 30% of pregnancies result in spontaneous abortion within 3 weeks of conception. We conclude that there is nothing that suggests that women are to be seen as mass producers of as many children as they can bear. Instead children, women, men and life in general are to be treated with respect and care.

Life has many twists and turns and these include unwanted pregnancies. Women must be free to reject an undeveloped embryo or foetus in order to better preserve their lives and the lives of their present or future children.

If we follow Christ, we bring compassion, humility, and love to all.