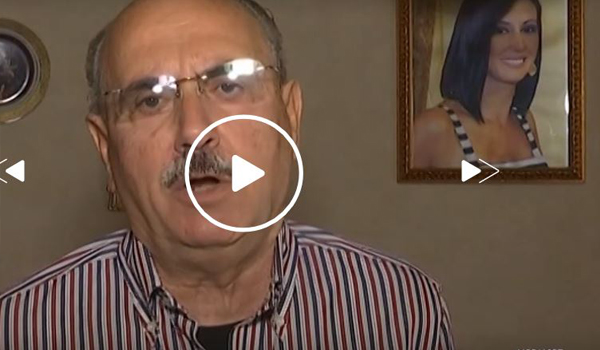 Seven Italian doctors are on trial for manslaughter, accused of failing to carry out a life-saving abortion as emergency obstetric care in 2016 for Valentina Milluzzo, who began miscarrying when she was 19 weeks pregnant with twins. She died of sepsis, which with prompt and appropriate care, including emergency evacuation of the uterus, can be prevented/treated before it becomes fatal. This cause of death happened to Savita Halapannavar in Ireland four years earlier.

The Financial Times focuses most of its report on the extent of conscientious objection in Italy, which is widespread. However, waiting for the fetal heartbeat to stop is a different excuse for inaction from refusing to do an abortion on the grounds of conscientious objection, even though both may be the case. In an emergency situation, conscientious objection is illegal in Italy, according to several Italian abortion rights advocates who have commented on the case. Will the trial answer the question of whether the refusal to do an abortion on the grounds of a fetal heartbeat, even though the fetus is not viable, is also illegal, at least in an emergency? Or what else is going on?

Members of Valentina’s family gave evidence on 29 October 2019. Her parents reportedly said they had been told the pregnancy was not viable, but the doctors refused to terminate it. A more detailed report of the trial in La Sicilia on 4 November 2019 states that her parents knew at the time that she had septicaemia, which had killed one of the two foetuses before she herself died. They also said all the doctors claimed conscientious objection to abortion. La Sicilia even argues that the fact of the conscientious objection is not disputed.

What is disputed is whether the doctors knew she had septicaemia and whether they were able to treat it in time. A swab test was reportedly done two days before Valentina died, which showed infection. However, the evidence from the swab disappeared from the hospital. Valentina’s father reported that the evidence from the missing swab was sent anonymously to Valentina’s parents’ lawyer. In the meantime, a new examination was apparently done, according to one report, at 14.00 on October 15, the day before she died. The results indicated there was no sepsis. Her father called this a lie.

Her mother told the court: “I remember the words of the doctor on duty: “Until I [do not] hear the little hearts beat I cannot intervene because I am an objector” ….”

The head of the ob/gyn department and president of the Italian Society of Gynecology and Obstetrics, Paolo Scollo, who was absent when Valentina died, denied that the doctors in the delivery room refused to terminate the pregnancy. He was reported to say: “The fact that we are objectors means nothing; the department has an external colleague whom we call for pregnancy terminations. And there is no waiting list, zero days. All documented. Unfortunately Valentina died of sepsis that consumed her in 12 hours and we were unable to prevent her death.”

La Sicilia reports, on the other hand, that the prosecutor has argued that there was “professional negligence” on the part of the doctors, including “imprudence, negligence and inexperience” and in particular, “the failure to implement adequate antibiotic therapy” both on 14 and 15 October, the “failed recognition of sepsis in progress”, the “failure to collect samples for microbiological tests”, the “failure to promptly remove the source of infection: the fetuses and placenta” and “lack of administration of red blood cells during surgery”.

After Valentina’s death, inspectors were sent by the Ministry of Health to the Cannizzaro Hospital in Catania. They reportedly concluded that the sepsis “started spontaneously” and was “unstoppable, treated in an emergency regime” and “is in no way correlated to conscientious objection”. They said:

“Professor Francesco Enrichens, who signed the conclusions, also reconstructed the sequence of events that preceded Valentina’s death: “The relatives were kept constantly informed by the entire team of obstetricians and anaesthesiologists. At 11.30 pm (on January 15th, ed) there was the spontaneous expulsion of the first dead fetus … at 24 the infusion of oxytocin began in coherence with the clinical necessity to induce the expulsion of the second fetus occurred at 1.40 “. This last step is crucial because it would seem to deny a “wait-and-see” attitude of the objector doctor, as he had been accused by the victim’s family. The calvary of the parturient, on which a feverish state had already been found, however, does not end on the morning of January 15th: as a result of the infection, on whose causes the inspectors did not pronounce, the woman died at 1.45 pm on 16 January.”

The final report of the inspectors will be filed in a month.

The trial and the verdict will set a precedent with a great many repercussions, not only for Italy but for other countries as well, regarding professional competence in the face of a rare obstetric event, where health professionals follow Catholic health policy on abortion, and where both these issues and conscientious objection are still killing pregnant women.