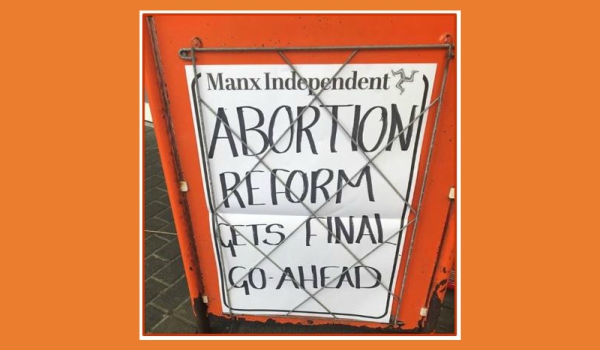 The Abortion Reform Bill was approved in full by the Legislative Council on 6 July 2018.

There were 71 proposed amendments but efforts by the one Council member who was against the bill to add restrictions to the various clauses, a bishop, all failed. Numerous, mainly technical amendments were approved, as well as an amendment to ensure that fetal remains would continue to be treated with respect. The final vote was 8-1 in favour.

The bill will go back to the House of Keys for final approval to take account of amendments in the autumn.

At the end of the third reading, there were hugs among the members of the Campaign for Abortion Law Modernisation (CALM), who had been watching in the public gallery.

When the bill becomes law, abortion will be permitted on request up to 14 weeks, under specified circumstances during the 15-24-week period, and in certain emergency or serious situations after 24 weeks. Provision has also been added to create access zones around medical centres to protect women and medics from harassment.