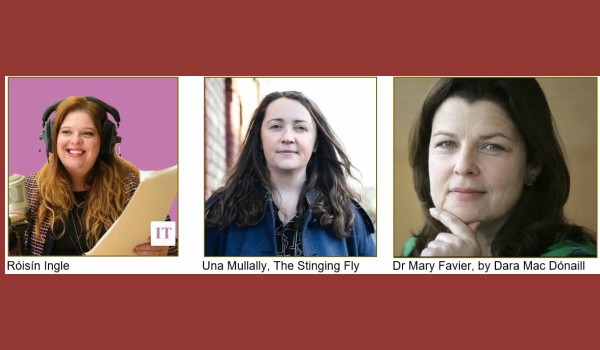 Journalist Róisín Ingle said: “With the landslide for Yes, I finally felt like I belonged… The referendum result was Ireland confirming that women are equal citizens.”

Journalist Una Mullally described what happened as a “collective victory driven by a national movement”. But she felt that with everyone clambering onto the victory wagon, young women were “already being written out of the story of repeal”. What was really remarkable, she said, “was the increase in turnout among women aged 18-24 in this referendum compared with the last general election in 2016: 94%”. She insists that “an analysis that does not place at its centre the feminist, women-led movement which fought for, ran, and won this referendum… is bereft”.

“This movement ended as a mainstream one while constantly being told it was on the fringes. We changed the world with marriage equality, we changed the world with this referendum, so what else can we achieve? The marriage equality movement changed Irish politics in that it gave momentum not just to the potential of repealing the Eighth, but trained up a generation of canvassers, and engaged young people who gravitate towards issues, not parties. Who will speak to that 94 per cent now? How can we as a society sustain that political engagement?”

Mary Favier, a GP, a founding member of Doctors for Choice and vice-president of the Irish College of General Practitioners, is already involved in ensuring the vote leads to the abortion services promised by the government, including unrestricted access to abortion up to 12 weeks, provided by GPs as part of a comprehensive reproductive and sexual health service. But she’s worried that abortion provision is threatened by austerity measures affecting health care, and it’s clear that time will be needed to pass legislation, license medical abortion pills, establish evidence-based procedures and protocols to ensure quality of care, set up a telephone support line(s), and institute provider training.

The numbers of early abortions that need to be provided in Irish general practice are likely to be relatively small, she says, given that there are 2,500 GPs (minus the ones who will conscientiously object) and there will be an estimated 5,000 medical abortions per year. “If every GP provided the service they would see about two cases per year on average. If just 100 GPs provided the service, they would see about one case a fortnight. Many more GPs have expressed a conscientious commitment to providing a service; indeed, small working groups of general practitioners and obstetricians have this week been established in some regional areas to discuss how local provision might work in terms of referral pathways, access to ultrasound when indicated and follow-up aftercare.”

She concludes optimistically: “Introducing new and additional services will inevitably bring teething problems but there is no doubt that in a year or so the services will be up and running in Irish general practice and will be a success.” Amen to that, we say!!!