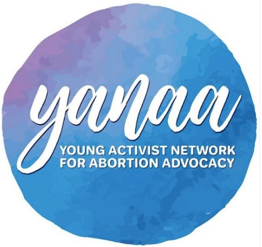 YANAA is a project of the International Campaign for Women’s Right to Safe Abortion. It was proposed at the Campaign Forum in September 2018 and has been in the planning since. YANAA was launched to coincide with International Safe Abortion Day 2019 and held their first twitter chat for 28 September 2019, jointly with members of the steering committee: