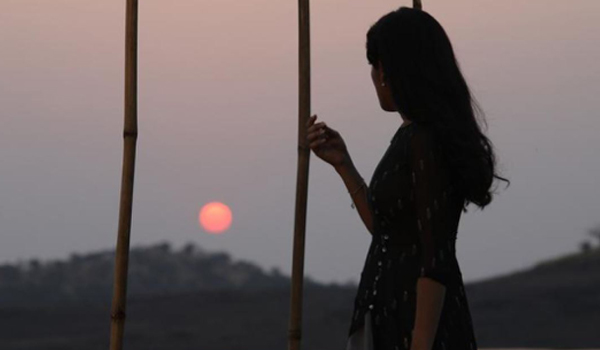 Two weeks after the lockdown had been announced, a 26-year-old resident of Mumbai found herself panicking after a home pregnancy test she took was positive. “I didn’t know what to do, I didn’t believe it at first and took 2 more tests which also were positive, and that’s when I really started to panic. I live with my friend and her cousin, who really supported me through the whole process. My friend’s cousin called up a few hospitals near where we live to find out if we could get a scan to confirm the pregnancy, nearly all of them said no,” she says. “My family lives in Delhi and telling them what was happening was not even an option. Eventually my friend managed to get the contact of a gynaecologist who did a scan and prescribed me medications for ending the pregnancy.”

Abortion wasn’t included on the list of essential services that was released by the Indian government in the last week of March, explains Jasmine Lovely George, the founder of Hidden Pockets, a referral platform for sexual and reproductive health for women. “It was added later, on April 14, but even so many women are still facing difficulties in accessing these services.” Several hospitals continue to turn away those who do not need emergency services; something that abortions, emergency contraceptive pills and IUD insertions were not considered under. The Ministry of Health and Family Welfare had already suspended insertion of intrauterine devices and sterilization procedures and access to over-the-counter contraceptive medications too are being curbed slowly, as they are deemed non-essential items.

In one instance, a young woman from Nagpur had turned to an unqualified ‘doctor’ to perform an abortion after being turned away by two hospitals. “She was alone and didn’t know what else to do, this ‘doctor’ charged her around Rs 50,000 and the procedure wasn’t even done correctly. Shortly after, she realized that she was still pregnant, when she called our helpline,” says Jasmine.

“If a woman is found to be in the first four weeks of pregnancy, then we can manage it a lot easier, without worrying about invasive procedures. But because of the lockdown, many young women are finding it difficult to even call and speak to a professional over the phone due to the lack of privacy,” explains Dr Hema Divakar of the Federation of Obstetric and Gynaecological Societies of India (FOGSI).

“In a city like Bengaluru when we see people struggling to get transport to the hospital you can only imagine the situation in smaller towns or cities. There may be limited resources and facilities. Furthermore, everyone is advising that people should not come to the hospital unless absolutely necessary so as to avoid any exposure to Covid-19. So there is the fear of that for some women as well,” adds the doctor.

According to the Foundation of Reproductive Health Services, public and private healthcare systems have to be improved to be able to handle the demand for family planning and abortion services during the pandemic. Essential drugs, including contraceptive pills, should also be made available at all medical shops and restrictions on their sales should be reduced. Furthermore, NGO and private delivery organisations should be permitted to do deliveries of necessary medicines to individuals requiring them.

ALSO READ: The History of Hidden Pockets, by Nirandhi Gowthaman , 8 May 2020