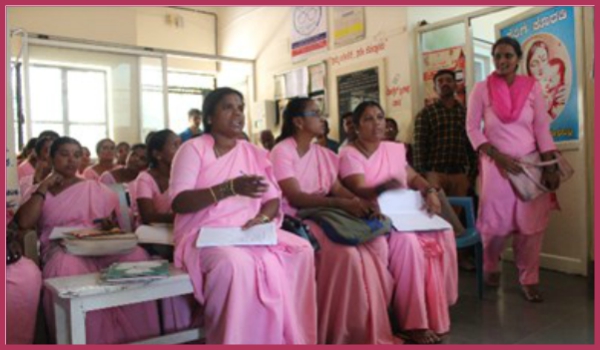 The Comprehensive Abortion Care programme is training doctors in abortion laws, medical and surgical abortion procedures, and how to counsel women.

On a busy Monday morning in June, Dr Gopal Krishna was suddenly summoned to the emergency ward of Vani Vilas Women and Children Hospital in Bengaluru (or Bangalore in Karnataka) where he works. He had been called to attend to a 23-year-old woman who had been admitted with profuse vaginal bleeding.

Kumari had earlier taken medicines to induce an abortion – pills of misoprostol and mifepristone that were bought at a pharmacy. She reported: “My husband went to the chemist and asked for the medicines. The pharmacist gave him a packet and said all the pills have to be consumed within 36 hours with a gap of few hours after each pill.” The pharmacist did not provide any instructions on whether Kumari could expect bleeding or when to go for emergency care. Kumari started taking the pills on a Saturday night. On Monday morning she was in pain and bleeding heavily.

Misoprostol and mifepristone fall under Schedule H of the Drugs and Cosmetics Act, which means that they can only be sold on prescription from a registered medical practitioner. But women have been buying them for years directly from pharmacists and drug sellers.

State governments in 12 states, including Rajasthan, Maharashtra and Chhattisgarh launched Comprehensive Abortion Care programmes in 2015, which aim to offer all women safe and legal abortion services. The Ipas Development Foundation is helping implement the comprehensive abortion care programme in India. For example, it supports the Karnataka government’s efforts to train doctors and healthcare workers at primary health centres and community health centres in abortion procedures that include medical as well as surgical termination of pregnancy. But the training can only take on a few doctors at a time.

“The government needs to amend the abortion law,” said Vinoj Manning, Director of Ipas Development Foundation. One of the proposed amendments is to allow non-allopathic doctors and mid-level healthcare workers to manage abortions. “Without the expansion of the provider base proposed in the amendments, safe abortion will never be a reality for women in rural remote areas of the country,” he said.