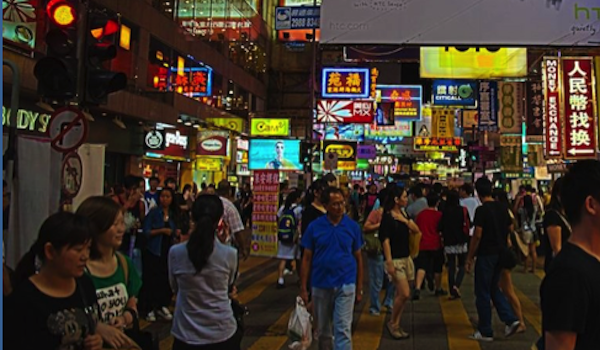 While a public hospital in Hong Kong will perform an abortion up to 24 weeks of pregnancy, it may be impossible to get an appointment. But there are also basic legal barriers: Hong Kong’s abortion law states that:

In accordance with Section 47 of the “Offences Against the Person Ordinance” (Chapter 212) in Hong Kong, “a pregnancy may be terminated if two registered medical practitioners are of the opinion, formed in good faith, that:

“For example, in the case of a pregnant woman who is below the age of 16, or has made a report to the police within 3 months that she has been the victim of incest, rape, intercourse by threat, intercourse by false pretence, or drug rape, the doctors, in forming an opinion, may presume that continuing the pregnancy would involve risk of injury to her physical or mental health greater than if her pregnancy were terminated.

“Termination of pregnancy can only be performed within 24 weeks of pregnancy, unless it is absolutely necessary for saving the life of the pregnant woman. Any treatment for the termination of pregnancy must be carried out by a registered medical practitioner in a government approved or gazetted hospital, or in the operation theatre of the Family Planning Association of Hong Kong (FPAHK). In Hong Kong, any person who has anything done with the intent to cause her own or another woman’s miscarriage is liable to imprisonment and fine.”

In private hospitals, appointments may be more immediate, but the cost can be $2,000 or more. In 2012, the most affordable private hospital in the city, Hong Kong Central Hospital, closed.

“The government doesn’t have an official reason to oppose abortion. But they don’t support it, so what they do is ignore it,” said Bowie Lam, who runs Teen’s Key, an organization dedicated to supporting young women in vulnerable situations. “If four out of eight doctors oppose abortion at a hospital, for example, the hospital will just shut down services, and the government leaves it.”

The Family Planning Association of Hong Kong, an independent NGO provides medical abortion pills or does a D&C on-site to women up to 10 weeks pregnant and refers those beyond 10 weeks to a hospital. But they did only 3,155 abortions last year.

A group called Teen’s Key has a new program supporting girls with unwanted pregnancies and new young mothers in a tiny office in Kowloon. They describe how young women have to search the black market by looking for flyers on office buildings that read “GYN”, for clinics that open, close and constantly move, many in Kowloon’s Mong Kok neighborhood.

Misoprostol is widely available in pharmacies but one girl took so many pills that she had to be hospitalised. Her parents brought her to a private hospital where they pretended it was a suicide attempt to avoid legal troubles.

Many other girls cross the border by train into mainland China, where there are many unlicensed clinics that offer cheap abortions, which may be easy to get but are not necessarily safe. According to data from China’s National Health and Family Planning Commission in 2015, about 13 million abortions take place in the country annually, 62% for women aged 20 to 29, most of whom are single. But that number does not include abortions at unlicensed clinics.