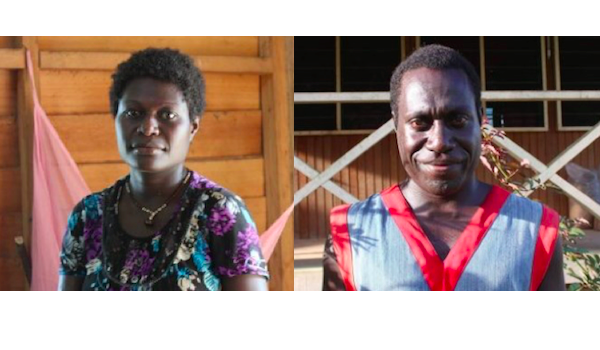 In January 2015, Leoba Davana and her husband, James Channel, made the difficult decision to terminate their pregnancy. Living in extreme poverty in a remote area of Papua New Guinea with two young children, no access to contraception, and having previously experienced a life-threatening pregnancy, they did not feel able to care for another child at this time.

After consulting a local health worker who assisted Leoba with procuring medications to cause a miscarriage, Leoba suffered two days of bleeding and other complications, and returned to the clinic, where the police were summoned.

In October 2015 both Leoba and James were sentenced by the National Court in Arawa to five years in jail.

The couple are the first in Papua New Guinea to be imprisoned as a result of terminating a pregnancy. They were charged not for procuring an abortion, but rather, for the “unlawful killing of an unborn child”.

The case has shocked senior medical, legal and human rights experts across the country. It sets a concerning precedent, given the very high numbers of unsafe abortions that take place each year in Papua New Guinea and could impact future impact to services and the lives of thousands of women and girls.

Unless the sentence is overturned, the precedent will likely jeopardise efforts to provide access to comprehensive post-abortion care, education and family planning services that are so critical for reducing maternal deaths in PNG.

PNG has one of the highest maternal mortality ratios in the world (733 deaths per 100,000 births), with an estimated one in ten due to unsafe abortion. Only a quarter of women of reproductive age are able to access a modern method of contraception and women continue to face high levels of poverty, violence, illiteracy and poor access to basic health services.

PNG’s abortion laws are some of the most restrictive in the region. The Criminal Code (originating from 1865 and included unchanged in the independent State of PNG legal code at independence in 1975) articulates that the provision of abortion is illegal, unless the continuation of the pregnancy is a significant threat to the woman’s physical or mental health. It must also be managed by a registered health practitioner and recommended by another health practitioner.

However, a critical shortage of doctors and a largely rural population (nearly 90% of people live outside major towns) mean that the ability to obtain an abortion, even under these permissions is limited or impossible for the majority of women in PNG.

Their case will be reviewed by the PNG Supreme Court in the coming weeks.

Please support them by donating here.