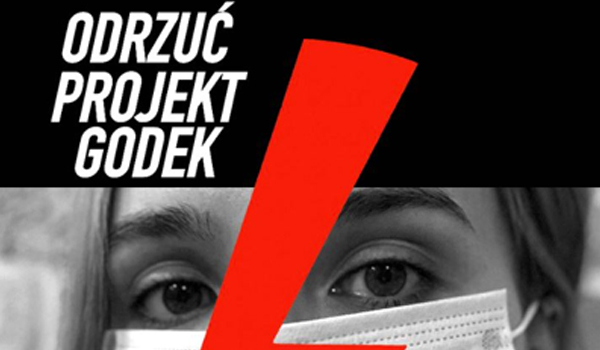 On 14 April, in lockdown conditions, Poles took to social media and their cars – to oppose the proposals in the Parliament to ban legal abortions and sex education for under-18s. They blocked one of the main roundabouts with their cars. They honked their horns, held up signs in their car windows, and called for people to protest from their balconies, in shopping queues and by putting posters in their windows. The police used loudspeakers to warn against breaking the lockdown rules. And they won – again. Although the government party had a majority, neither bill was put to a vote. They were sent back to the committees where they had been in lockdown since 2017, and there we hope they will stay and disappear from sight.

This article is an edited excerpt from Klementyna Suchanow’s new book, This is War: Women, Fundamentalists, and the New Middle Ages,March 2020. Translated into English by Lidia Kurasinska.