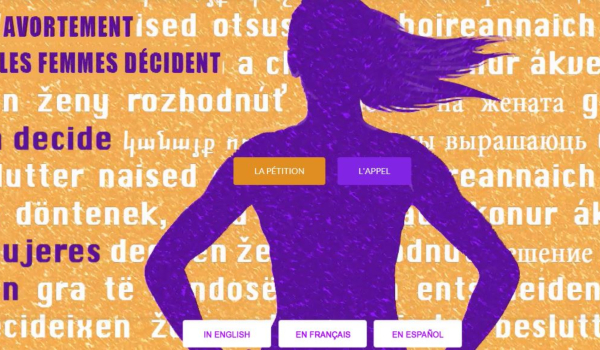 In mid-March 2019, a French gynaecologists’ union threatened to stop doing abortions in an attempt to force the Health Minister to meet them to discuss what they called a lack of insurance funds for colleagues convicted of medical errors. The union, Syngof, which represents about a quarter of France’s gynaecologists and obstetricians, wrote to its 1,600 members calling on them to be prepared to stop carrying out abortions to make themselves heard and force the government’s hand. This happened just months after Syngof’s president refused to do abortions, declaring that they amounted to homicide. The letter was also signed by a former Syngof president who told journalists they had taken this stance deliberately, to be provocative. It worked.

Health Minister Agnès Buzyn and a number of feminist organisations said the threat was “unacceptable” and amounted to “taking women hostage”. In a statement, Buzyn wrote: “In no case should taking women hostage in this way be used as a lever for negotiations or for media coverage of an issue the department is following very closely.” The French Order of Doctors condemned the threat, calling it “totally contrary to medical ethics”. French Equality Minister Marlène Schiappa also said it was “unacceptable blackmail”.

But the best response was from the feminist organisation Osez le Féminisme, who tweeted: “Syngof threatens an abortion strike. They could have had a cervical smear strike, non?”

And in a wider response against conscientious objection, Osez le Feminisme and a long list of groups in the Collectif Avortement en Europe, les femmes décident ! (Collective Abortion in Europe: Women Decide!) have signed a press release calling for the suppression of conscientious objection. It says that maintaining a conscience clause makes it look as if abortion is somehow a different kind of medical care than all others, in that it has a specific conscience clause. “But we are no longer in 1975 when we had to wrest the right to abortion in a fierce struggle. Abortion, despite many obstacles, has become a common practice, however. In 2014, a survey by the Institut français d’opinion publique showed that 75% of French people support abortion. It is therefore time to remove this clause, which comes from another time in our history.”