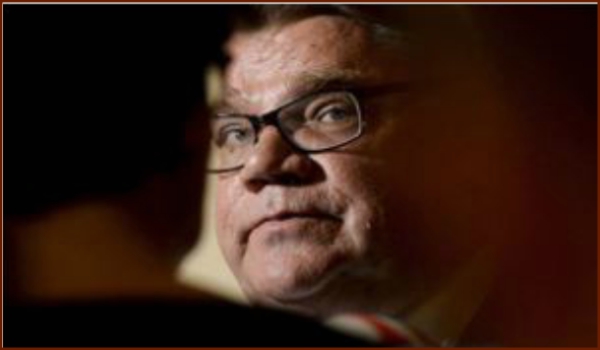 Foreign Minister Timo Soini faces a vote of no-confidence in parliament after four opposition parties, Social Democrats, Greens, Left Alliance and Swedish People’s Party, came together to propose the motion. To date, however, it has not yet been tabled. Their move follows a string of anti-abortion statements Soini has made on his blog this year and his participation in an anti-abortion demonstration in Canada with his deputy in May 2018, while on an official visit, although he attended it on his own time, not officially, as well as anti-abortion comments in relation to the Senate vote in Argentina against abortion law reform and the referendum in Ireland.

SDP parliamentary group leader Antti Lindtman said that a majority of MPs are opposed to Soini’s actions and statements. “In a world where women’s rights are increasingly challenged, it’s not right that Finland’s Foreign Minister is at odds with Finland’s official foreign policy,” said Lindtman.

In relation to the trip to Ottawa, Finland’s President Niinistö told financial paper, Talouselämä, on 2 June 2018, that a minister cannot simply switch from being an official to a private civilian on trips to other countries. “In some situations a minister can perhaps be considered to be a private individual in their free time, but expressing opinions is another matter,” Niinistö said in Talouselämä. “It isn’t just a private person’s act if a minister takes a stand on a subject that is relevant and debated in the country they are visiting.”

Chancellor of Justice, Tuomas Poysti, Finland’s government watchdog, who supervises the legality of the actions of the government and president, also reprimanded Soini for taking part in the anti-abortion vigil in Canada with his deputy. He said it was “problematic” for a minister, especially for one who communicates official foreign policy, to take a stance against abortion during a work trip. “Under these kind of circumstances, the foreign minister should follow particular carefulness and considered abstinence in his statements … so that his conduct would not give any reason for misunderstandings,” he said in a statement. He added, however, that Soini, a Catholic, had not breached the law and would face no further action from the watchdog. Soini defended his freedom of religion, but said he would take the watchdog’s conclusion seriously.