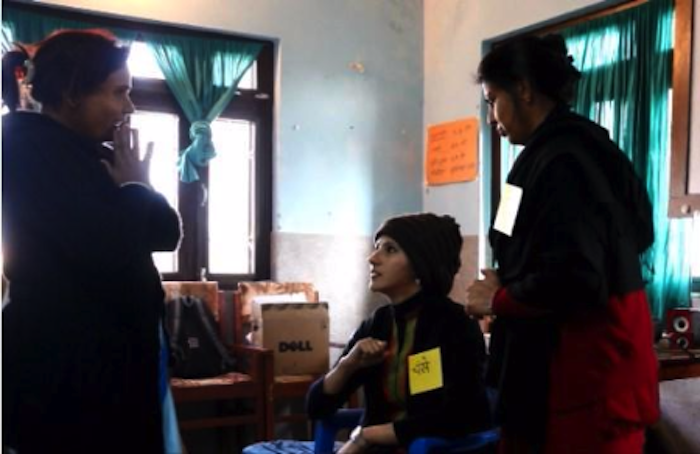 Statement from the Peace Foundation, Pakistan

“We have been hearing so many sweet coded words that now with legal abortion women will be free, have access to reproductive justice. Legislation regarding abortion is often proved meaningless, however, because wherever abortion is legal, barriers are still posing threats for safe abortion seekers, providers and advocates. The law on abortion is highly restrictive in Pakistan. But the situation for many women is not different in Nepal or India. Laws permitting safe abortion are present in those and other countries, but control over women and barriers are present everywhere. A question arises: those who disobey traffic laws are charged on the spot; when safe abortion is legal but not provided to women, and only unsafe abortions are available, why are those who fail to implement the law not charged? Why are they allowed to break the law without punishment? Even where abortion is forbidden by both law and religion, punishment is highly dependent on the social status of the woman who had the abortion. Women belonging to rich families have so many resources to terminate their pregnancies, but punitive social norms are applied to poor women.”

“A woman aged 45 with 3 children, told me she was two months pregnant and wanted an abortion. I referred her to a safe abortion clinic but she went to a local pharmacy instead and took 10 pills of medical abortifacients thinking the pregnancy would come out soon. Later on she suffered excessive bleeding and came to me seeking help. I immediately sent her to a health center through an ambulance for proper management. After a couple of days she shared with me that she felt guilty for ignoring my advice to go to a safe abortion site and also thanked me for helping her.”

Effects of being denied abortion in Nepal

Center for Research on Environment, Health and Population Activities (CREHPA)

Full report of the study: “I need to terminate this pregnancy even if it will take my life”: a qualitative study of the effect of being denied legal abortion on women’s lives in Nepal. by Mahesh Puri, Divya Vohra, Caitlin Gerdts, Diana Greene Foster. BMC Women’s Health 2015. 15:85.

Many women who are denied legal abortion care go on to seek unsafe alternatives: further study could help identify strategies to improve access to safe abortion services in Nepal

Access to safe abortion services and to post-abortion care are critical to women’s ability to control their fertility, protect their health, and ensure the wellbeing of their families [1-3]. Researchers have hypothesized that women who are denied abortions may go on to seek illegal abortions elsewhere [4-7]. The experiences of women denied abortion services and the health consequences of seeking alternative, and potentially unsafe, services are not fully documented [7].

In 2002, abortion was legalized in Nepal and made widely available. Abortion is permitted up to 12 weeks gestation on request and up to 18 weeks in cases of rape, incest, and health risks to the woman or fetus [8]. Abortion services were established at most government hospitals, designated private hospitals, and non-governmental organization (NGO) clinics. The government of Nepal has taken important steps to include abortion as a component of women’s reproductive health services, enabling nearly 800,000 women to obtain safe, legal services between 2004 and 2014. The government has recently announced that abortion services will be made available free of cost in the public facilities but this will take time to implement.

We conducted in-depth qualitative interviews with 25 women who were denied abortion services due to high gestational age (>12 weeks) from two health facilities, in September and October 2013. The study sites included a reproductive health non-governmental organization clinic in Eastern Nepal and a major tertiary government hospital in Kathmandu. Participants were eligible if they were women between 18 and 49 years old, seeking abortion services, and denied services due to advanced gestational age on the day of recruitment. Researchers completed a case report and obtained informed consent at recruitment, then contacted women two months later for an open-ended in-depth qualitative interview about their experiences seeking and being denied legal abortion services.

Denial of legal abortion is common

Actions and emotions upon being turned away varied

Women found it difficult to express their feelings upon being denied care. Some women were frustrated, angry, upset, or desperate. In contrast, women who received abortions typically reported being happy, relieved, and satisfied with the services they had received. Some women reported being treated poorly at the private clinics where they received their abortions, because they were stigmatized by providers.

“I got really angry as the doctor had said all this and later what would become of me when I had to give birth. The only thing that I keep thinking of is, how will I give birth to the baby later?”

Getting an abortion after being turned away is not always easy

“I felt very scared when the doctor told me it wasn’t possible. When they said ‘no’, I felt like, where am I going to go and how would I survive in this state? I felt like crying and I cried too. I told her I needed to terminate this pregnancy even if it will take my life.”

Many women continue their pregnancies after denial. Others, however, seek care at other facilities, obtain illegal abortions, or take self-induction medications, which can result in incomplete abortion or complications. Twelve out of 25 women (48%) successfully obtained abortions at facilities for a cost after being turned away. Women commonly paid between 10,000 and 15,000 Nepali rupees for abortion, and many received multiple referrals and visited several private health facilities before finding one willing to perform the procedure at an affordable price. One woman paid 26,000 Nepali Rupees. All of the women who obtained abortions after denial did so at facilities that were unlikely to have been certified to legally provide abortion.

“It was really difficult to make that decision… I thought like if I gave birth to that baby then the other kids would face problems for their whole life. …how could I deliver that kid as I already have sons and daughter!”

Women lack knowledge about abortion law and legality of services

The vast majority of women who were interviewed reported that they had no knowledge of abortion-related laws in Nepal. Many knew that facilities typically didn’t provide abortion after 12 weeks gestation, but women did not necessarily recognize this as a legal restriction. Some women said they believed abortion is illegal in Nepal. All of the women who obtained abortions after denial from recruitment sites were beyond the legal gestational age limit for abortion on request, yet women rarely knew whether abortions were ever legal, or under what circumstances they could be considered legal.

“I didn’t have much money for abortion, without money it wasn’t possible for me. …so I worked for a whole month and collected money for abortion.”
“They disposed of the fetus and told me not to tell about it to anyone as it was illegal. …They kept it undercover regardless of who came…”

2. Train more providers at all levels to provide abortion and to refer appropriately

4. Monitor the prevalence of illegal abortion and its impact on women’s health

This policy brief is based on research funded by the Society for Family Planning and the Packard Foundation and coordinated by the University of California, San Francisco. We are very grateful to our additional international collaborators, from Bangladesh, South Africa, Tunisia, and Colombia. Most importantly, we are immensely grateful to the participants of this study including the women who have given their time and responded to questions on personal matters.