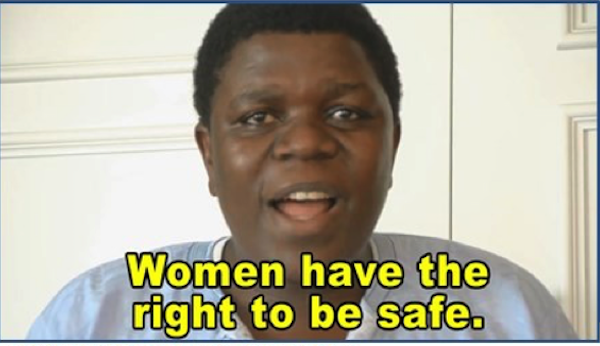 A 20-year-old student called MK fell pregnant. She did not want to be pregnant, because she wanted to concentrate on her education. She did not know what to do. So she went to see a traditional practitioner who she believed could help her end the pregnancy.

She was instructed to drink a sour green concoction and shortly afterwards, bleeding began. “I was so scared and was afraid to tell anyone,” she remembers. “I felt so so sick … so bad.” Her older sister found her crawling around on the floor in unbearable pain, and took her straight to hospital. They arrived just in time and a safe post-abortion procedure was performed.

MK is described in this article as one of the lucky ones because so many others who visit traditional practitioners are even more unfortunate.

Unsafe abortion accounts for an estimated 10% of maternal deaths in the public hospitals in Sierra Leone, according to Ipas, among women who got there too late for their lives to be saved. Many more women do not manage to receive care in health facilities at all, but die in their communities or suffer short or long-term morbidity.

Another young woman’s boyfriend of several months had refused to wear a condom, and she hadn’t known about birth control pills, but many others her age end up pregnant as a result of rape. Another recalls that she was raped several decades ago, when she was 16. When she discovered she was pregnant, she found a nurse who gave her an injection that was supposed to help her abort. The pain lasted a month, along with heavy bleeding, until the dead fetus was expelled, and she thought she was going to die. She still experiences irregular periods.

During the recent Ebola crisis in Sierra Leone, sexual violence against women and girls increased as, for example, girls were kept out of school or those who had lost parents became more vulnerable to abuse. This led to a resulting increase in teenage pregnancies.

Arlene Omo-Liska, who works for Ipas in Sierra Leone, says some women and girls try to abort themselves, sometimes by inserting the straightened top of a coat hanger into their cervix, sometimes by falling from a high point onto their bellies, or they will lie on the floor and invite someone to jump on their stomach, she explains. Only safe services will prevent these young women from dying from unsafe abortions.

President Ernest Bai Koroma, has so far refused to sign off on the Safe Abortion Act, passed by the country’s parliament almost unanimously, not once but twice. The new law allows abortion on request up to 12 weeks, and up to 24 weeks in cases of incest, rape, fetal impairment or when the woman’s health is at risk.

‘She died in front of my office door’

Dr Rowland Taylor is an obstetrician-gynaecologist at the Princess Christian Maternity Hospital, in Freetown. He says that, on average, two women a week come to see him with complications resulting from an unsafe abortion, in some cases severe. It is, he stresses, a public health issue that has nothing to do with religion or ethics.

He recalled one nursing student who came in after an unsafe abortion. “She was bleeding from her vagina and the blood was black,” the doctor recalls. “That’s the first time I’ve ever seen someone bleeding with the blood black. She died in front of my office door. Her head just slumped back in her wheelchair. She was 24 years old.”