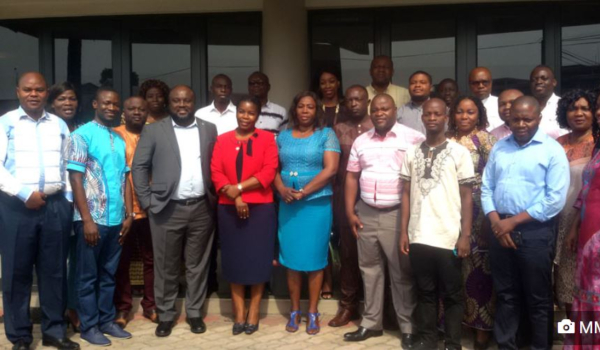 With the support of Ipas, the Coalition of Partners for Reproductive Health (Coalition des partenaires pour la santé de la reproduction) opened a training of trainers workshop in comprehensive abortion care for women on 20 February 2019 in Kinshasa. They say it is time to implement the Maputo Protocol, including the section on abortion, to reduce the high number of clandestine abortions, which are causing cases of death and complications in woman in the DRC.

Over four days, the 22 participants, including 18 doctors, two nurses and two midwives, were taught to master WHO-approved methods for comprehensive abortion care. The ultimate goal is for women to have access to quality, safe abortion care.

According to the DRC’s 2013-2014 Demographic & Health Survey (DHS), 10% of unwanted pregnancies end in unsafe abortion, and maternal mortality is estimated at 846 per 100,000 live births – one of the highest rates in the world. Moreover, contraceptive use remains low. Only 8% of women use a modern method of contraception and 59% of pregnancies are unwanted, according to study.

The director of the National Reproductive Health Programme, Dr Lis Lombeya, who opened the training session, called for participants to be diligent: “When we have the legal, medical and technical framework, we should absolutely offer the service. It should not be hidden, it is a need. It should offer quality care, but also ensure that women do not fall pregnant when they do not want to be, by offering contraceptive methods so that they themselves control their fertility…Abortions are currently done in poor conditions. It is essential to save women’s lives and preserve their fertility. The legal framework at the international level is not to encourage abortion, but to ensure that the person who needs abortion care can do so under optimal conditions. Moreover, in countries where this legal framework is applied, there are few negative consequences.”

Since the Maputo Protocol was gazetted in 2018, Ipas has met several times with service providers: magistrates, police officers and doctors to inform them of the existence of the legal framework which authorises abortion, even though the law itself has not been reformed. In Article 14 of the Maputo Protocol, it says with regard to control of fertility and abortion:

“States Parties shall ensure that the right to health of women, including sexual and reproductive health, is respected and promoted. This includes: a) the right to control their fertility; b) the right to decide whether to have children, the number of children and the spacing of children; c) the right to choose any method of contraception… protect the reproductive rights of women by authorising medical [meaning safe] abortion in cases of sexual assault, rape, incest, and where the continued pregnancy endangers the mental and physical health of the mother or the life of the mother or the foetus.”

As part of efforts to implement the Maputo Protocol, the trainers from this workshop will first provide training to other health professionals in Kivu, Tanganyika and Kinshasa, and then in the Upper Katanga and Lualaba. Abortion services will be set up in some public hospitals. In the meantime, the PNSR is in the process of developing standards and guidelines.