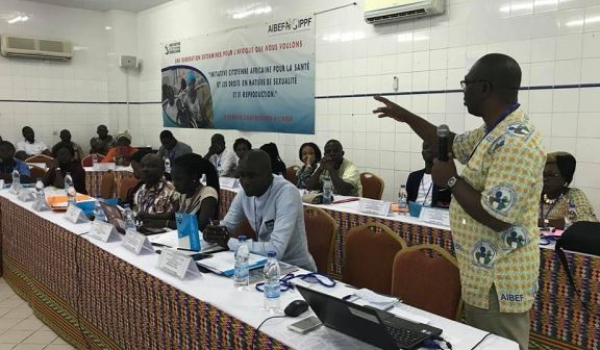 A report on school pregnancies in Côte d’Ivoire for the 2018 period produced by the Daoukro National Directorate of Education and Technical Education (DRENET) revealed 230 recorded pregnancies. In 2017, the number of pregnancies recorded was 149. In total, 379 pregnancies occurred during 2017-2018.

“What is alarming is that the city of Ouélé composed of three secondary schools alone accounts for 102 cases of pregnancy,” said Samuel Koffi Kouadio, head of Department of Public Secondary Education at Drenet from Daoukro. He made his revelations on September 8, 2018, in Abidjan-Treichville, at the Ordinary National General Assembly of the Ivorian Association for Family Welfare (AIBEF).

The city of Ouélé (commune located north of Daoukro), Kouadio said, has also benefited from awareness campaigns for teenage pregnancy in schools, as well as educational activities on the right to sexual and reproductive health. “But unfortunately, every time we carry out these sensitisation activities, the following year the statistics are more worrying …” he lamented.

Before suggesting solutions such as the construction of a girls’ home for better control over girls’ lives, other possibilities should be explored. Kouadio believes the causes of early pregnancies in Drenet de Daoukro, particularly in Ouélé commune, are mainly related to the financial position of parents. The girls are being left to themselves while the parents must work far from the family home. Thus, the girls “become easy prey for all types of men”. The male authors of these pregnancies are to be found, he says, among gold miners, students with wealthy parents, or planters.

In addition, with regard to “this dark picture”, the general director of AIBEF, Richard Allo said: “Unwanted pregnancies are among the ills that undermine the country. And in the face of this situation, any educational adviser is disarmed.” However, Mr Allo is the first person responsible for family welfare who has put forward promising proposals for addressing this situation. He recently presented a report to AIBEF’s National General Assembly, attended by 56 members of the nine branches of the association (in Korhogo, Bouake, Daloa, Yamoussoukro, Man, San Pedro, Daoukro, Bondoukou, and Abidjan), the Youth Action Movement, the national executive committee, the audit committee and all national bodies of AIBEF. The results, he said, have been “very positive”. Significantly, more than 2 billion FCFA have already been mobilised …