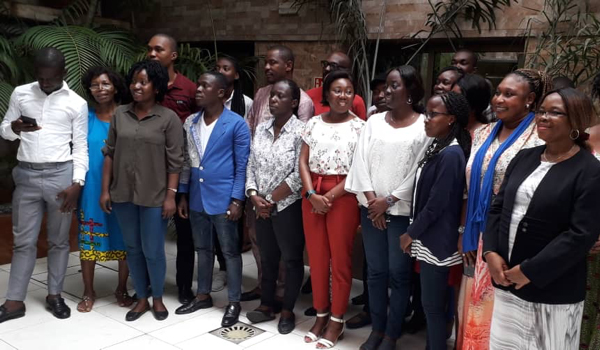 In Côte d’Ivoire, it was announced on 21 February 2020 by Honorine Adou, President of Action Against Unwanted and At-Risk Pregnancy (AGnDR) that the law now authorises abortion of pregnancies resulting from rape.

AGnDR is a part of a larger coalition of civil society organisations, the Civil Society Coalition for Reproductive Health and Family Planning, created in February 2019, who are working to reduce maternal mortality. They recently organised a three-day workshop that brought together journalists, bloggers, computer graphics artists and videographers to define and validate the messages of their E-campaign, which began in the last quarter of 2019. “The objective of this campaign is to ensure that Côte d’Ivoire can harmonize its texts with the Maputo Protocol, which the country has signed and ratified,” Honorine Adou said.

After a year of activity, the Ivorian authorities were receptive to AGnDR’s plea. “Before abortion was only allowed when the woman’s life was seriously threatened. But today, we have made progress with the law taking into account rape cases… So we say that this is a significant advance, but it is not enough because the cases of fetal malformation and the mental and physical health of the mother have not yet been taken into account.”

The first phase of their advocacy consisted in the development of information and awareness messages for the general population – and users of social networks in particular – on the consequences of clandestine abortion and the ratification of the Maputo protocol by the State. The second phase will start in March 2020 with an E-campaign to improve communication on unsafe abortion in Côte d’Ivoire, where the maternal mortality ratio is 614 deaths per 100,000 live births, 18% of which is due to complications of clandestine abortion.