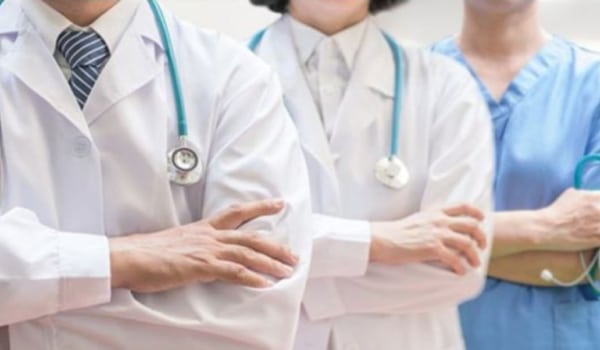 “A series of memes and messages were recently circulated throughout the Latin American continent with the aim of alerting people to an alleged movement that would be seeking to normalize pedophilia. What is behind this strategy? How and from whom should we protect children?

“In groups of neighbors on WhatsApp, everyone is familiar, reasonable, and reliable. So, if the lawyer in apartment 502 shares the “news” that the World Health Organization has an initiative to normalize pedophilia, then it must be true, right?

“No, it’s fake…. With some regularity, the issue of pedophilia resurfaces on social networks as an efficient instrument to generate panic. And rightly so, because what can be more frightening than normalizing a behavior that puts children in danger? This is especially possible in a country like Colombia, where every day 64 children are sexually abused, without counting the numbers that are not registered in official statistics.

“The most recent virtual campaign for a pedophilia panic began on social networks in mid-May 2020. On this occasion, its goal was to link an alleged pedophile movement with the LGBT community. According to memes and messages, the alleged pedophile movement, called MAP, publicized as the “Pedophile Activist Movement”, would be seeking insertion within the LGBT community to position pedophilia as another sexual orientation. Two of the main methods of this attack on the reputation of the LGBT community were the dissemination of an alleged pedophile flag, suspiciously similar to the flag that identifies trans people, and the celebration of “pedophile pride day” on June 24th, in dangerous proximity to the LGBT pride day that is celebrated every June 28th. In this way, the public would automatically associate the two.

“After that, a whole series of unofficial versions complemented the original fallacies, among them the lie that the WHO was intending to remove pedophilia from its list of mental disorders, as it would have done with homosexuality in 1990. Again, we see the pernicious link to the LGBT community, treating pedophilia as the same.

Confuse and you will reign
“To start unravelling this entanglement, you have to start by clarifying the terms. Pedophilia is listed in the International Classification of Diseases as a disorder of sexual preference in which that preference is focused on children, male, female, or both, usually of a pre-pubertal or recently pubertal age.

“Neither is the WHO planning to declassify it as a disorder nor is there any relationship between pedophilia and various sexual orientations….

“The word pedophile sends chills down the spine of any parent. However, the panic tends to focus on this clinical concept rather than on the concrete fact that child sexual abuse is mostly committed by men who have an adult sex life with women, who do not identify themselves as pedophiles (in the sense of experiencing an exclusive sexual attraction to children), and who largely belong to the abused child’s inner circle.

“In Colombia, according to figures from the Integrated Information System on Gender Violence, SIVIGE, which is operated by the Ministry of Health and Social Protection, 28,326 events of sexual violence were reported in 2018, of which 23,635 correspond to girls, boys, and adolescents: that is, 83% of the total reports.

“So if we are chasing pedophiles wrapped up in pink flags, the kind that are painted on social networks as angry activists who would go out and march for their rights, maybe we are losing sight of the elephant in the room, the monsters under the bed.

Inside the household
“Psychologist Isabel Cuadros, director of the foundation Afecto, has worked for decades with children and young people who have been victims of sexual abuse. She has lived the clinical experience of what the figures coldly say – that most sex offenders are known to the victim. “There are even studies, for example by researcher Carla van Dam, that identify the figure of the stepfather as being at very high risk, since a type of man has been profiled who dedicates himself exclusively to seeking out women with children in order to later victimize them; other danger figures are the father, relatives and close friends”, argues Cuadros.

“In fact, adds Cuadros, the proximity of the victim to the perpetrator is one of the most difficult aspects of therapy: “In the sexual abuse committed by someone close to the child there is a very serious component, which is betrayal, this is the most traumatic, because with the passage of time the victim realizes that her victimizer lied to her, told her that he was her boyfriend, that this was normal, or that the parents initiated their daughters into sexuality and upon realizing the deception they feel invaded in their corporeality, dirty, with their broken life project”. This is the type of trauma that Cuadros has to deal with on a daily basis with her patients… [continues to look at relationship to early marriage and right-wing political involvement.]