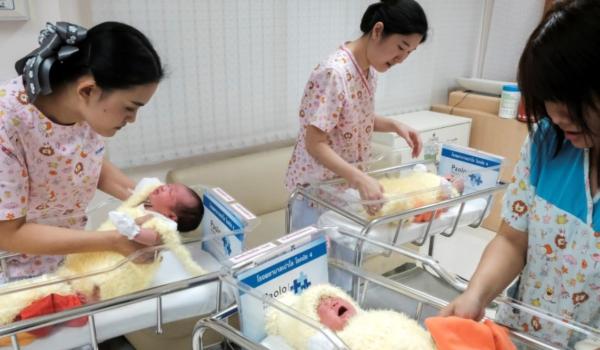 In 2016, China officially ended the ‘one-child’ policy permitting all couples to have two children for the first time since 1979. While the policy was relaxed due to demographic concerns, it simultaneously provided many women with a new reproductive opportunity. The goal of this study was to qualitatively understand the childbearing decision process in the new era of the two-child policy. We conducted in-depth, semi-structured interviews with 45 postpartum women at two hospitals in Zhejiang Province, China. The interviews explored women’s views on the two-child policy and reproductive decisions and how they decided to have their first or second child. Most women approved of the lifting of the one-child policy; however, many were hesitant or uncertain about their own decisions to have second children. Many felt pressured to have two children for the good of, or as an obligation to, the family. However, they also felt that caring for two children was burdensome, and that they would have to sacrifice a lot in terms of freedom, energy and money. Their responses to the new reproductive opportunity highlight the complexity of childbearing decision-making in modern Chinese society, against a background of persisting traditional values.

A boom in second children was the aim of central government when they announced the lifting of the “one-child policy”, which came into effect from January 2016, the next step in loosening the family size laws which, since 2014, permitted ethnic minorities, rural couples with a first-born girl, and any couple in which at least one partner is an only child, to have two children. Now, everyone who wishes to do so can have a second child. The policy changes are a consequence of the prediction that by 2050, almost a quarter of China’s population will be over 65 years of age, according to the Asian Development Bank. That is up from 8.2% of the population in 2010.

There was a significant rise in births in Chinese hospitals in 2016. The number of newborns increased by 1.31 million compared with 2015, and the number of second children born rose to 45 percent, up from around 30 percent prior to 2013.  Experts estimate that the universal two-child policy will result in an extra 30 million working-age people. However, China has been below replacement fertility rates for the past 20 years, and whether the increase will be enough to offset the demographic effects of ageing is questioned.

A survey of 10,000 respondents from the government-run All-China Women’s Federation, conducted in 10 provinces around China over the last six months of 2016, found that 53.3% of couples with one child did not want another. This finding supports the qualitative research findings reported above.