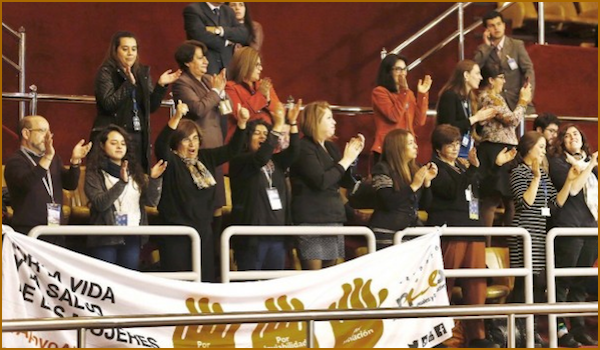 On 3 August, the Chilean Congress passed the abortion bill into law. Claudia Dides of Miles Chile has declared today “a day of dignity, respect and freedom honouring all the women who since 1989 were prosecuted, stigmatised, humiliated or killed for having terminated a pregnancy”.

And President Michelle Bachelet wrote on Twitter: “Today, women reclaimed a basic right that we never should have lost – being able to choose when we’re living through painful moments.”

In fact, the three grounds for abortion contained in the abortion bill had already been approved by both the Senate and the Chamber of Deputies of the Congress.

However, there was not a majority to pass one clause permitting girls and adolescents under the age of 14 years who is pregnant due to rape to seek authorisation from a Family Court for an abortion if a parent or legal guardian refuses their permission.

This held up passage of the whole bill. What was required next was for a Joint Commission of 5 Senators and 5 Deputies to be constituted, who drafted a consensus report on that one clause to be taken for approval to both chambers. The vote on the report in the Commission took place on the evening of 1 August and was approved 6 to 4. The law was passed on 3 August by 70 to 45 in the Chamber of Deputies and 22 to 13 in the Senate, after lobbying to ensure there was no further delay.

Now the ten-person Constitutional Court must discuss the three grounds. As has been reported previously, even before the bill was passed by the Congress, the opposition had tabled a request to the Constitutional Court to rule on whether or not the three grounds for abortion are constitutional. They must do so before 28 August and may start the review as early as next week. If they decide not to do a review, the law would automatically take effect.