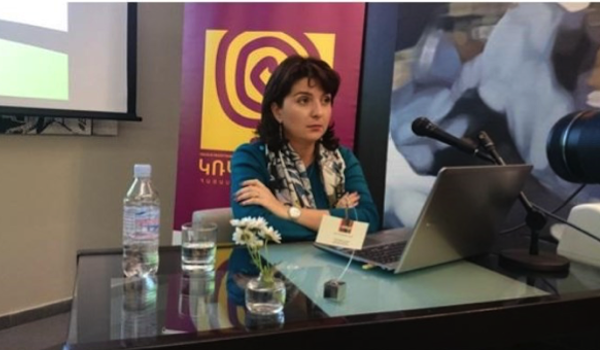 A number of changes were made in the Law (Article 10) covering abortion. The amended version of the law has been signed by the President and came into force from 6 August 2016. The objectives of the amendments were as follows:

– Sex-selective abortions are prohibited by law (such a provision was not included in earlier legislation).
– It is now an obligation to provide a mandatory three-day “period of reflection” before the final decision of a woman who has applied for an abortion.
– Commitment to set mandatory counselling before the abortion, in order to provide the woman with details of all the consequences and complications of pregnancy, as well as informing her and raising awareness of contraceptive methods after termination of pregnancy.
– The Minister of Health are assigned to medical, social abortion instructions, contraindications, powers invested to establish standard forms of documents necessary to establish lists of research, the process of abortion.
– It was also stipulated administrative responsibility for the doctor in case of failure to comply with a written notification and consent procedure.

The Women’s Resource Center, a women’s rights organization, has expressed its concerns about the following points:

1. Armenia does have some abortions on the basis of sex, and the numbers are quite troubling. Each year, 1,400 girls are not born because of sex-selective abortion of a fetus in pregnancy. The results are documented by the UN Population Fund, the Ministry of Health and Perinatology, Obstetrics and Gynecology, a joint research institution. The statistics from official data, since 1993, report the sex ratio to be 110 to 120 boys per 100 girls. At the same time, the natural sex ratio is supposed to be 102 to 106 boys per 100 girls. When the government decides to introduce a law that prohibits sex-selective abortions, there should be an understanding of the laws that prevent change, in order to move forward. As long as society does not change the view that men have a more dominant role than women, and does not realize that women should have equal rights and opportunities with men in every field, no change will occur. This is evidenced by the fact that abortion laws only allow abortions to be performed after twelve weeks if there are certain factors as regards social consideration, which, naturally, do not cover abortions based on sex. Still, at this time they are being carried out and some abortions are sex selective. In order to change society’s attitude towards this phenomenon, steps of special education without prohibition are necessary.

2. It is necessary to understand the nature and the purpose of counselling, which should be carried out with women before they need an abortion. We fear that during the counselling intended by the new law, the woman will be presented only with negative consequences of abortion and the accusation that it is her sin if she has an abortion, and this is how she would hurt herself. Instead, counselling should be carried out by specially trained professionals on the medical staff.

3. At the same time, we believe that the preparation of all the necessary documents required by the UN [note: meaning unclear] should be established in a short period of time. Changes should be implemented quickly because the procedure can take quite a long time and this complicates a woman’s health and mental state. We have reservations about the fact that the [UN] decides whether the social indications permitted to access to abortion are justified or not. It could create a quite subjective and biased attitude. We attach importance to clearly setting out the social indicators allowed to carry out the procedures for all women in an equitable and transparent manner.

4. The Women’s Resource Center is concerned about the changes in the law, because as we understand it, these changes have been made to impose the most strict control over abortion. Note that all of the countries where abortion is prohibited or there are obstacles related to the law, the birth rate is increasingly low, while in contrast, women’s deaths are more common. In addition, women’s reproductive health problems are more common. In the cases where women seek to use the legal services for abortion, they will also have to face a [biased] lecture on negative consequences of abortion.

In Armenia, the number of abortions is high. The reason is misinformation about contraceptive methods and violation of a woman’s right to make her own decisions. Consequently, we urge not to implement the new restrictions and controls, but to organize informational and educational events that will include a series of programmes aimed at the right to gender equality and access to contraception. It is important that these programmes are available in all regions.