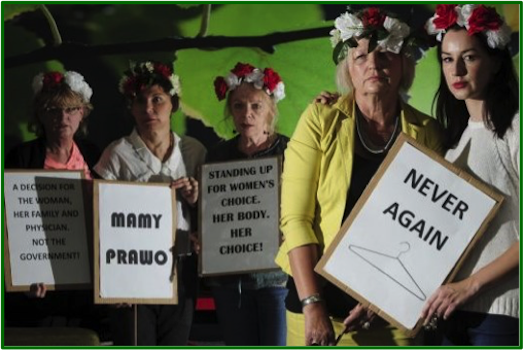 Canberra’s Polish community held a protest on 17 April to denounce a “draconian” proposal to ban abortions and restrict the morning-after pill and in vitro fertilisation in Poland. Polish-born Dana Olejniczak, who left Lodz and emigrated to Canberra in 1987, said it was unthinkable a collection of signatures tabled in a citizen’s bill could give way for such a wholesale dismantling of women’s rights in a central European nation. Shocked by the thought this change may go ahead without challenge, she organised a peaceful protest to be held outside the Polish Embassy. “This is not about being against the church, we are all Catholic and go to church,” she said. “We are standing up to say this law would traumatise Polish women.”