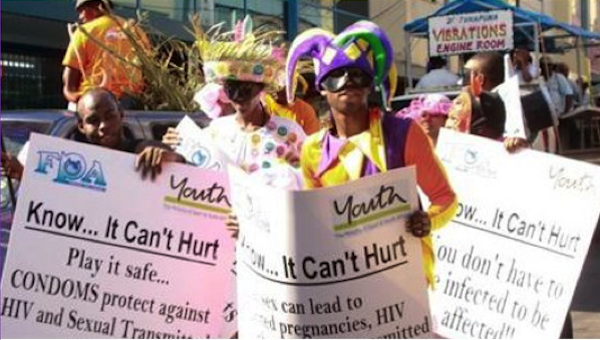 The Family Planning Association of Trinidad & Tobago (FPATT) called on the government on 1 April to revisit its position on abortion to ensure access to safe abortion services for women who have Zika infection and might wish to have an abortion because of fear of microcephaly.

“Research has shown that unsafe abortions continue to be a major public health problem for many women in this country. The law of Trinidad & Tobago related to termination of pregnancy was inherited from Section 58 of the 1861 UK Offences against the Person Act, as it was in much of the Commonwealth. This law has been… revised in many Commonwealth countries, including Barbados, Guyana and St Lucia,” the FPATT said in a statement.

It said in the announcement that a 23-year-old pregnant woman is now affected with the Zika virus, which “will no doubt contribute to fear in the national community and amongst other women who may be pregnant”.

FPATT said it was now joining with the rest of the local public health community in responding to the Zika virus outbreak, particularly as it affects women’s sexual and reproductive health and rights and pregnancy outcomes.

“FPATT is calling particularly on the Ministry of Health to engage with us as well as other professional health associations to ensure that prevention and preparedness planning includes adequate sexual and reproductive health and rights responses.”

It said that in Trinidad & Tobago, where a significant proportion of all pregnancies are unplanned, where sexual and gender based violence is prevalent, where there are a number of myths regarding emergency contraception and where the abortion law is often misinterpreted making women doubtful about their rights, any suggestion to women to delay pregnancies will be difficult to achieve.

“It is important that we protect and preserve women’s right to decide on the timing of pregnancy, independent of the status of the Zika epidemic. Asking women to avoid pregnancy without expanding access to contraception, education and safe abortion services is not sound public health policy.”

FPATT, said like its parent body, the International Planned Parenthood Federation, it supports a comprehensive, integrated response to Zika, ranging from mosquito control to local and regional health education campaigns to improved access to contraception, safe abortion, prenatal care, and support for parents of babies should they be born with microcephaly. “We strongly recommend strengthening family planning programs and access to safe abortion services.”

The Health Minister Terrence Deyalsingh responded on 15 April, saying: “The Government’s position is firm that abortion will remain illegal in this country.”