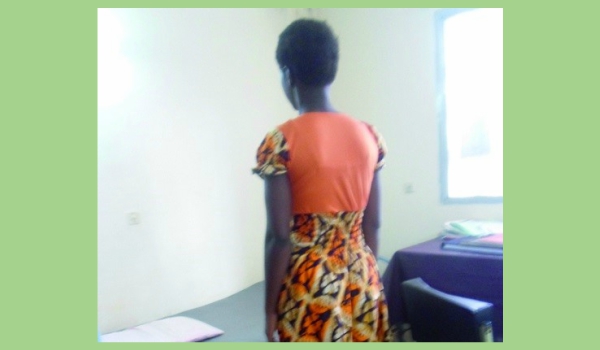 Alice is a school student in Ouagadougou. Three years ago, she was raped at school by two of her classmates and became pregnant. She sought help from the school’s Health Officer and had a clandestine abortion. Since then, however, she is no longer in school and has suffered from sequelae – physical, psychological and legal. Yet she was eligible for a legal abortion. Lack of information, fear of stigma, slowness of judicial processes, all prevent victims of rape or incest to seek justice to have a safe, legal abortion. For some time now, several groups and activists are fighting for access to safe, legal abortion in our country. The debate continues; it will be necessary to lift the taboo, sooner or later.

Unwanted pregnancies are proliferating in Burkina Faso. A third of these pregnancies end in abortion, according to a study carried out by the Institut supérieur en sciences de la population de l’Université Ouaga and the Guttmacher Institute. The results, published in February 2014, showed that 23% of abortions were self-induced by woman themselves using various means; 28% by medical professionals, including 3% highly skilled doctors, 12% other trained health professionals, 13% midwives; and 41% by traditional practitioners – according to Dr Georges Guiella, demographer and professor/researcher at the Institut.

Induced abortion in Burkina Faso is authorised in cases of incest, rape, when the life of the woman is in danger, or when there is fetal malformation (Article 21 of the Law on Reproductive Health and Article 483 of the Penal Code). In cases of fetal malformation or the poor health of the woman, the request for abortion may be made at any time and approved in the opinion of two physicians practising in the public health system. It must also be authorised by a judge. In the case of pregnancy due to incest or rape, the process is more complex because the distress of the victim must be proven and the abortion cannot be done beyond the 10th week of pregnancy.

In the case of rape or incest, the judge will wait until there is an expert doctor who will certify that there has actually been a rape. With incest, the court needs to know the relationship that exists between the two persons concerned. Therefore, it takes time before the request reaches the judge, according to Hierbine Aïcha Palé, a human rights lawyer.

“If the process is followed and the case is well documented, the judge will authorise the physician to provide the abortion. But there are cases where girls or women victims of rape or incest have applied and the ten weeks is exceeded without being able to have an abortion. The slow pace of the entire process is one of the weaknesses that we have identified as sexual and reproductive health activists,” said Cécile Thiombiano/Yougbaré, jurist and activist with a focus on promotion of the right to health of women and girls.

In addition to the slow legal process, in Burkina Faso there are few qualified doctors, especially in rural areas, while a legal abortion, even if it is therapeutic, must be done by a doctor. This forces women to travel to the city, but this in turn creates logistical difficulties, payment of fees, finding transportation. And even if there is nothing to arrange, the Penal Code requires the opinion of two physicians.

Yet, access to a safe abortion is part of the commitments made by Burkina Faso through the Maputo Protocol, adopted by the African Heads of State and Government in 2003, ratified by Burkina Faso in 2005. Article 14, Paragraph 2 obliges States to provide safe abortion in cases of rape, incest, when the life of the mother is in danger, and in the event of a malformation of the fetus.

The 117th session of the UN Human Rights Committee in Geneva, July 2016, recommended to Burkina Faso to eliminate the obstacles to accessing legal abortion and to lift the requirement of authorisation of a court for abortions resulting from rape or incest. The ISSP study and the Guttmacher Institute also recommend simplification of the process for obtaining permission.

But nothing has been done to foster access to services and secure legal abortion in Burkina hitherto, reports Hierbine Aïcha Palé. “It is up to the women with resources to make the request themselves in order to be allowed access to abortion in the best conditions. When they do not demand, there is an assumption that they are not in need.”

The Association of Burkina Faso for the Well-Being of the Family (ABBEF) is one of the civil society organisations that is a pioneer in the promotion of quality services in sexual and reproductive health and is also in favour of relaxation of the abortion law and regulations.

The politics of the ostrich – or meeting international level commitments

Anti-abortion views are still common among influential people, however. The ex-Minister for the Advancement of Women, who is a professor/researcher and specialist in gender and development, Dr Nestorine Sangaré/Compaoré, is an example: “I am anti-abortion for personal reasons because I think that abortion is not the solution. It is sexual violence, sexual precocity, licentiousness and transactional sex which are the causes of unwanted pregnancies, which we must fight,” she argues. “In a country such as ours, if we legalise abortion, the door is open to these excesses. I do not want to make young people think that they can play as they want. No, abortion is not a solution to sexual risk behaviours…. I support the promotion of the rights of women, but I do not want us to create more social problems than we already have. We must work as much as possible to limit the number of pregnancies rather than promote abortion, which is not a solution.”

Cécile Thiombiano/Yougbaré takes a different view, that the practice of abortion is a fact and seems to be increasing over the years in Burkina Faso. According to specialists in sexual and reproductive health issues, she says, in addition to contraceptive provision, access to abortion is a part of the solution and could reduce clandestine abortions. “It is necessary to go step by step… The first step is to comply with the legal commitments at national, regional and international level. On a wide scale, it has been clearly demonstrated that clandestine abortion is an important cause of maternal mortality. Hence, she argues that the approach of human rights and public health is to give the right to abortion to girls and women, to prevent the need for clandestine abortions, with all the consequences that these entail.