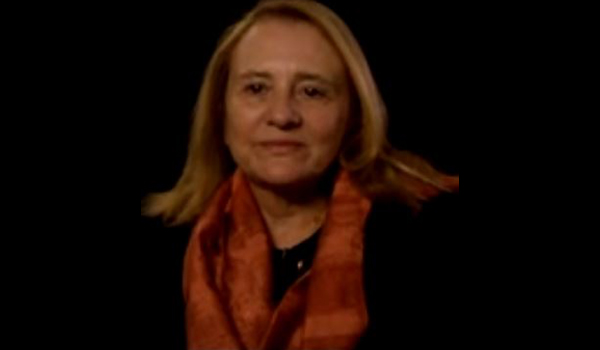 On 3 December 2019, Brazilian sociologist Jacqueline Pitanguy became the target of a serious accusation by the Brazilian Minister of Family Women and Human Rights, Damares Alves, who in a post published on her Twitter, Instagram and Facebook pages claimed: “Pitanguy defends the killing of babies.”

This attack arose from an interview with Jacqueline in the magazine Marie Claire, published on 20 September 2019, in which she stated: “When you define religious beliefs as public policy parameters everything gets complicated. Such a step goes against pluralism as a basic principle of democracy. It is with great concern that I see the head of a women’s rights governmental body make decisions based on her religious beliefs. This may imply a setback in secular laws. If a woman does not want to have an abortion under any circumstances, she has the full right to do so, if she wants to submit to her husband, it is her choice. But cannot create stereotypes. We have made important advances in Brazil [in the last few decades] and we cannot let our struggle wane in the name of the Bible, the Gospel, the Koran or of any religion. Our struggle is to ensure that each and every woman can take her own way and decide about what they want to do.”

The minister attacked Jacqueline personally. She neither seems to recognize that the Brazilian legal framework allows for abortion in three circumstances nor that those who are guided by this framework cannot be described as persons who advocate for the killing of babies. This accusation against an intellectual and human rights activist who is recognized nationally and internationally is unacceptable. It ignores Jacqueline Pitanguy’s explicit commitment to maternity and paternity leave, the right to day care, the right to breastfeeding in the prison system and the inclusion in the Federal Constitution of State accountability on violence in family relations, included during the 1986-88 Constitutional Reform, when she presided over the National Council of Women’s Rights.

No less important, by emphasizing Jacqueline’s surname, the accusation extends the defamation and creates a potential risk to other members of her family. Finally, although the accusation was directed at Jacqueline personally, it accuses everyone who defends gender equality, reproductive health and rights, the right to decide and the right to life of one million women who annually resort to unsafe abortion in Brazil.

In response, 120 organizations (in 27 countries) and 508 persons living in Brazil and 37 other countries on all continents have made public their solidarity with Jacqueline Pitanguy and their rejection of the Minister’s unfounded accusations.

Public Statement in Defence of Jacqueline Pitanguy and Human Rights

Jacqueline Pitanguy deserves our utmost admiration and respect due to her work in defence of human dignity and of the universal values and principles that define human rights, which include sexual and reproductive rights. As president of the National Council of Women’s Rights (CNDM) during the Constitutional Assembly that drafted Brazil’s current Constitution, Jacqueline fought successfully to include the following: a longer maternity leave of four months, paternity leave, the right to free nursery services, the right to breastfeed in correctional institutions and State accountability in regard to addressing violence in family settings. We celebrate Jacqueline’s struggle to establish maternity and paternity as a matter of choice and not imposition. Along with her, we also fight for the right to information and methods of contraception and assisted conception.

We stand by Jacqueline’s side in support of the concepts, contained in Brazil’s Constitution, that men and women should have the freedom and the responsibility to make decisions, without coercion, about their sexual and reproductive lives. We stand by her side in defence of the right to voluntarily terminate a pregnancy on the three legal grounds – in cases of rape, if the woman’s life is at risk, and in the case of an anencephalic pregnancy – and in a broader sense, we defend the decriminalization of women through the inclusion of the right to abortion in Brazilian laws and norms.

The recognition of her noteworthy and pioneering work has led Jacqueline to take on leadership roles in national and international councils, such as the UNESCO Institute of Education, Global Fund for Women, International Human Rights Council, Inter-American Dialogue World Movement for Democracy, Society for International Development, and Women’s Learning Partnership. In Brazil, she was the president of the Human Rights Brazil Fund and she took part in the Congressional Commission on Citizenship and Reproduction (CCR) and National Council of Women’s Rights (CNDM) as an honourable member.

We repudiate the personal attack against Jacqueline Pitanguy by the Minister of Women’s, Family and Human Rights, which aims not only to damage her political image and trajectory in defence of democracy and of the universal values and principles of human rights, but also the struggle of millions of people seeking fundamental rights in Brazil and worldwide. We fiercely reject this attack, targeted at Jacqueline Pitanguy, which also represents a wider offensive against all persons and institutions that defend human rights and reproductive autonomy.