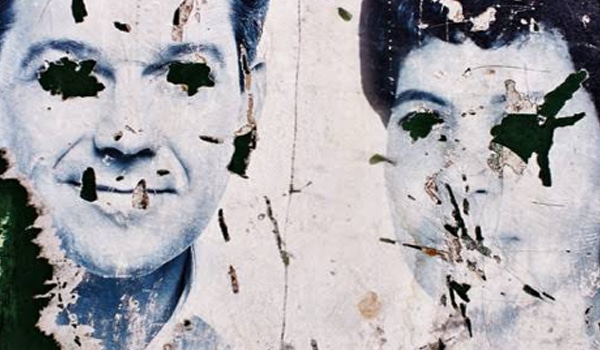 On 5 June 2020, the Interim Minister of Health, General Eduardo Pazuello, dismissed Flávia Andrade Nunes Fialho, Coordinator of Women’s Health, and Danilo Campos da Luz e Silva, Coordinator of Men’s Health, civil servants in the Ministry of Health who signed a technical note supporting access to sexual and reproductive health for women during the pandemic, thus complying with international standards on essential care. Both had been working in the Secretariat for Primary Health Care. The technical note they posted called for access to contraceptive methods and the maintenance of abortion services as permitted by law. It was later removed from the Portal of Good Practices in Women’s, Children’s and Adolescents’ Health.

In their support, the Brazilian Federation of Gynaecology and Obstetrics Associations (Febrasgo) said on 6 June that services for sexual violence, access to contraception, the right and access to sexual and reproductive health and safe abortion as permitted by law must all be considered essential during the pandemic as the only way to have a positive impact on reducing maternal morbidity and mortality, sustain women’s health and improve the quality of life of Brazilian women. Three feminist groups also published a statement on 6 June, renouncing the decision: Sexuality Policy Watch–ABIA, Grupo Curumim Gestação e Parto and Centro Feminista de Assessoria/ Cfemea. This statement was signed by 86 civil society organisations and 72 individuals so far, including the Association of Occupational Therapy of the State of São Paulo, the National Federation of Psychologists, Brazilian Society of Child and Adolescent Gynaecology and the Collective of Women Defenders of Human Rights.

In a communication about the decision, the Ministry of Health published on its website a note stating that the technical note had no legitimacy, had not been authorised, and had not been discussed within the scope of the portfolio. On his personal social network, President Jair Bolsonaro wrote that he was “seeking authorship” of the “ordinance on abortion that circulated on the internet today. The Ministry of Health faithfully follows Brazilian legislation, and does not support any proposal aimed at legalising abortion, unless it comes from by Congress,” he wrote.

However, the theme of the technical note that led to the dismissal of the two civil servants is not specifically abortion, but the maintenance of sexual and reproductive health care for women in the context of the pandemic. “The concern with women’s health changes at different stages of the life course. The need to guarantee full access to women’s health runs through sexual health and reproductive health, as well as maternal and child health, and be an effective response to women’s health needs,” says the note.

SOURCE: Folha de S.Paulo in Portuguese ; and both statements in Spanish here – 6 June 2020

SEE ALSO: Other statements of denunciation and solidarity in Portuguese here.

Statement of Denunciation and Solidarity

The federal government is lying yet again, this time to take a stand against women’s right to comprehensive healthcare, especially sexual and reproductive health care, which includes access to abortion when it is legal and care for complications of miscarriage and unsafe abortion. The government is lying in saying that the Technical Note is not authentic. The document was produced by civil servants from the Ministry of Health and submitted for several approvals and signatures before being published. This Technical Note was drafted based on discussions at national and international level. It was produced by the team at Women’s Health Coordination, Department of Strategic Programmatic Actions, Secretariat of Primary Health Care, Ministry of Health. The government is lying when it says that this Technical Note legalises abortion. This is not true. The Note deals with access to sexual and reproductive health in the context of the Covid-19 pandemic. It draws attention to the health of women, at different life stages, and warns of the need to guarantee women’s access to comprehensive healthcare and to quality services for choosing a contraceptive method, antenatal care and childbirth, and assistance in cases of abortion.

The Note is in agreement with the guidance of the World Health Organization (WHO), in which sexual health and reproductive health services are considered essential, and should not be discontinued during the Covid-19 pandemic. It also emphasises that, in view of the social inequality in the country, there is a need for action to ensure equitable access to quality sexual and reproductive health, aimed at reducing unplanned pregnancies and ensuring information and assistance in cases of sexual violence. The Note also recognises the tragic reality of violence against women and indicates it is necessary at the least to ensure harm reduction from this violence, which may include the voluntary termination of a pregnancy resulting from rape. This is one of the three grounds for abortion authorised in Brazilian law, along with risk to the life of the pregnant woman and a pregnancy with fetal anencephaly.

Our solidarity and thanks to Flavia Andrade Nunes Fialho, Women’s Health Coordinator, and Danilo Campos da Luz e Silva, Men’s Health Coordinator, who together with their technical teams, carried out their jobs with professionalism, obeying the law and rules in force in the country and prioritising in a fair and accurate manner the health needs of women. Both were dismissed from their positions on 4th of June by the interim Minister of Health, General Eduardo Pazuello. Four members of their technical team also had their contracts suspended. We want to express our solidarity with all the staff at the Ministry of Health who continue to face internal chaos and chaos in their efforts to ensure good quality public health.