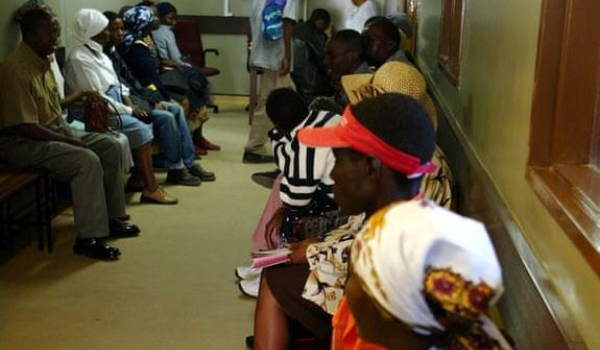 For Pula 800 and a click of the mouse, Batswana women who wish to terminate unwanted pregnancies can have their wishes fulfilled in a few hours while influenza patients are still queuing to see a doctor, according to Sunday Standard investigations.

The right of women to terminate a pregnancy in Botswana has been the subject of political, medical, social and legal debate, but 18 years later it remains a criminal offence unless it is permitted under the Penal Code 1991, which permits abortion up to 16 weeks of pregnancy on grounds of rape, defilement or incest; if the pregnancy puts the life of the woman at risk or may cause harm to her physical or mental health; or the fetus would suffer or later develop physical or mental abnormality.

The law has forced abortion underground, spawning a huge black market where unscrupulous sharks make a roaring business. Now, social media have made it easy to purchase ‘abortion pills’. The trade has attracted all manner of ‘safe’ abortion clinics and doctors. This journalist’s search began on a demure looking Facebook account belonging to a certain Mama Khumalo, who was a man. The first enquiry made by Mama Khumalo was how far along the pregnancy was, which seemed to determine the amount of money one would have to part with.

Mama Khumalo proposed to meet in front of a fast food outlet inside an expensive car which smelled like marijuana, and felt like walking into the pits of danger. The consultation for a five-week pregnancy lasted exactly five minutes, during which Mama Khumalo handed over a brown package, gave instructions on how to terminate the pregnancy, and took the cash.

“Look into the envelope. When you get home, place the two sealed pills under your tongue and suck them. After two hours you will experience period-like cramps followed by some bleeding. Once the bleeding stops after a few days, take the rest of them one per day in the evening with warm water for four consecutive days, they will clean your uterus. Then you will be home free,” said Mama Khumalo. He then drove off P800 richer. The big question is; what happens to women once they get home and have these abortions by themselves?

Then there was a young 20-something-year-old man fresh out of university, who openly told us about his lucrative career selling ‘abortion pills’ all through school. “I had a connection with someone at one of the local government medical facilities who sold me pills which I sold to the students for a profit.” He claimed never to have had any fatalities with his ‘patients.’

One pharmacist insisted that the procedure needed to take place under the strict supervision of a medical doctor or health professional, who would indicate dosage and regimen, depending on the length of the pregnancy. “The danger of taking the Mama Khumalo route is that there is a high likelihood of an incomplete abortion. If they are incorrectly taken, for instance you could be 12 weeks along and told to place them under your tongue. They simply will not work,” she said. Adding that the woman could still cramp and bleed but the uterus may not empty.

The pharmacist talked at length about the consequences of incomplete abortion. When asked whether there were any culprits among local doctors who smuggle the pills to the “street doctors” with instructions for use, she said it was highly unlikely. “They probably smuggle them from across the border as locally there is no one who is licensed to distribute them. I have a strong feeling the syndicates extend to neighbouring countries where the laws on abortion are a lot more relaxed,” she said. She also talked about golden marble-like tablets which are sold “to cleanse the womb”. She dismissed them as vitamins.

A Police Senior Superintendent said he was very worried about the growing number of fetuses they are picking up from dustbins around Gaborone. “What worries me the most is that it is virtually impossible to link women to these crimes. Once she dumps the fetus and leaves, there is very little we can do to trace her. It is a sign that every week more and more women resort to backyard abortions,” he said. Happy that his desk was contacted for this topic, he said journalists could use their investigative skills to help the police bring the evil down [sic]. “You have just made us aware of the ugly trade on Facebook and we promise you, we will not rest until we catch the culprits one by one,” he said.