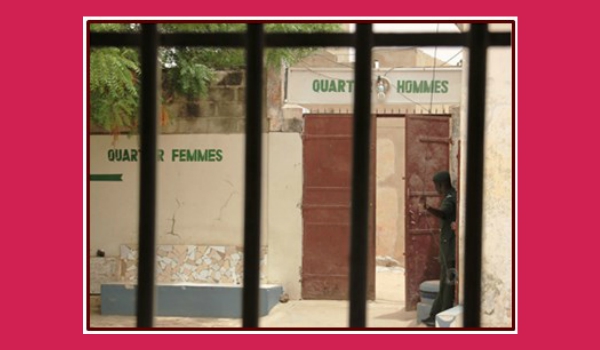 Senegal’s criminal code completely prohibits abortion, while the Code of Medical Ethics allows an abortion if three doctors agree that the procedure is necessary to save the woman’s life. This is so stringent that the possibility of a legal abortion is very rare.[1] Ultimately, almost no one succeeds, forcing women to turn to unsafe options – carrying risks of complications, imprisonment, and social stigma.

Fatou Kiné Camara, President of the Association des Juristes Sénégalaises (Association of Women Jurists/AJS), who work to promote and extend the legal rights of Senegalese women,[2] stresses: “Poor people in Senegal are lucky if they see one doctor in their lifetime, let alone three.”[3]

An estimated 8-13% of maternal deaths in Senegal were caused by complications of unsafe abortion, according to a report by the Fédération Internationale des Ligues des Droits de l’Homme (FIDH).[4] A 2015 study by Gilda Sedgh et al found that 55% of the women who had had abortions experienced complications (range 44% in Dakar to 60% elsewhere). Almost half (42%) did not receive medical treatment.[5]

The FIDH study also found a high prevalence of pregnancy among young girls which were the result of sexual abuse, which was often followed by the refusal of an abortion. In their report, they showed that these pregnancies have terrible physical and psychological consequences for young girls.[6]

Another widespread phenomenon in Senegal is infanticide. Newborn infants are regularly found dead in public places, including in garbage trucks and sewers. Their existence directly reflects the failure of women to obtain an abortion at all, even an illegal one.

There have been numerous attempts to amend the Penal Code. In 2013, the Ministry of Health set-up a multidisciplinary Task Force on safe abortion.[7] The Task Force has brought the subject of abortion, which was previously considered taboo, into the public space. In the first half of 2018, the Task Force plans to formally present a bill to the Ministry of Justice.[8]

In the Senegalese prison system, people held in pre-trial detention stay in the same prisons as those sentenced for a crime. According to a 2015 study carried out by the Regional Office for West Africa of the UN High Commissioner for Human Rights (OHCHR)[10] in collaboration with AJS, of 153 female detainees interviewed in five prisons around Senegal, 72% were in pre-trial detention.[11]

The Center for Reproductive Rights has highlighted the dearth of case reports of prosecutions for abortion in Senegal. In a prison in Thiès, it was reported that in 2017 more than eight women had been found guilty or were in detention for infanticide. Almost all of the ones who agreed to speak to the journalist who interviewed them denied killing their baby.[12]

Overall, the case histories uncovered by AJS indicate an immense failure on the part of the Senegalese justice system to uphold human rights, especially of young girls and women whose pregnancies were not due to any action of their own.

With USAID as the primary donor of funds for maternal health and family planning services since the 1960s, and with abortion still highly stigmatised in the country, Senegal has not taken any steps to allow safe and even limited legal abortion in spite of a statement by President Macky Sall in 2015 that he may eventually support legalisation of abortion in cases of rape and incest.[13],[14]

The determined campaigning of Senegalese feminists and human rights lawyers offers some hope that the law may eventually fulfil Senegal’s regional and international obligations, out of respect for women’s human rights.

[7] Nafissatou Diop and Fatou Bintou Mbow (2016) ‘I was raped and got pregnant. Abortion is illegal in Senegal. What do I do?’ PowerPoint Presentation. Population Council. http://www.popcouncil.org/uploads/pdfs/2016STEPUP_AbortionSenegal.pdf

[10] Office of High Commissioner for Human Rights (OHCHR) (2015) ‘For a better inclusion of women’s rights in detention in Senegal’. 13 March 2015. www.ohchr.org/EN/NewsEvents/Pages/WomenRightsInDetentionInSenegal.aspx