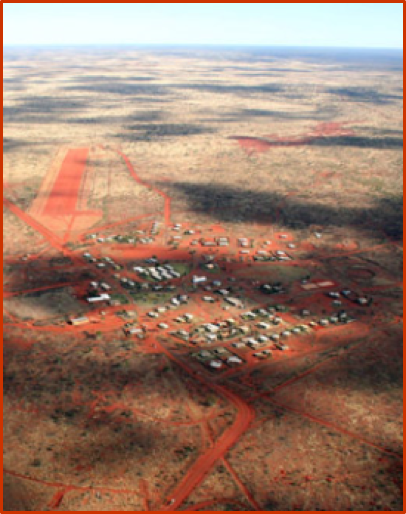 The new Northern Territory (NT) Australia abortion law was a great victory and its supporters were celebrating their achievement last week. Now, the analysis will begin. Here is mine:

The news reports mention that three women members of the NT Parliament who supported the bill all shared stories of deciding to have an abortion during the debate, which was described in one news report as emotional and in another as passionate. Telling personal stories in a parliamentary debate on abortion has only happened one other time I’m aware of, in Ireland in July 2016, where one woman member of Parliament spoke about her personal experience of needing an abortion for fetal anomaly and having to travel to England. The law wasn’t changed in that instance, but the tenor and reporting of the debate were affected considerably.

This is highly unusual, to say the least, and creates a new challenge to parliamentarians who may be opposed to making abortion safe and legal, especially when the parliament in question has 50% women as in NT. It would take quite some nerve to discount such stories if in the future more women parliamentarians put their personal experience into the debate.

The bill has some praiseworthy clauses that will support providing most abortions. Thus, it removed the requirement for all abortions to occur in a hospital, especially as there are only a few hospitals in a territory that is 1.4 million sq km, that is, over 6 times bigger than the UK.

Previously, only surgical abortion was available. Now, both surgical and medical abortion will be made available and in non-hospital clinical facilities. However, this is only up to nine weeks of pregnancy, which is disappointing. Moreover, according to one local news report, the initial clinical guidelines may “only allow medical terminations within two hours drive of a hospital”.[1] However, the clinical guidelines have not been finalised, let alone published, so hopefully this will not turn out to be true. If it is true, however, such a restriction has not been applied since the introduction of medical abortion in Great Britain in 1991, where it was never found to be necessary.

The WHO Safe Abortion Guidance (2012)[2] says vacuum aspiration abortion can safely be provided at primary care level to 12 weeks and with a bit of extra training up to 14 weeks, while the US FDA approved medical abortion use up to 10 weeks of pregnancy in 2016. Their guidance isn’t comprehensive either, so it’s not surprising that the NT bill is also out of date even before it’s been signed and sealed.

Medical abortion is still new in Australia. Mifepristone was only approved in 2012 and at a reasonable price only in 2013.[3] In many parts of the country they still call it RU486, its ID number in France in the 1980s at Roussel-Uclaf, where it was first developed. Let’s hope best practice from countries like France, Norway and Sweden, who allow nurse/midwife provision due to ease of use and safety is taken fully on board. The very good news is that the new law should allow the Tabbot Foundation, who provide medical abortion consultations by phone and send women medical abortion pills by post all over Australia, except to Northern Territory up to now, to promote their services in NT too, after the new law is published on 1 July 2017. (Personal communication, Lynette Shumack, Tabbot Foundation, March 2017).

In addition, the new law applies to “a woman of any age”; hence, it is thought adolescents no longer need the consent of their parents to decide on abortion. That’s in line with the best thinking about the evolving capacity of adolescents to make decisions about their own lives, a concept introduced by the UN Convention on the Rights of the Child.

The legislation also mandates safe access zones 150m around abortion clinics, where it will be an offence to harass anyone entering or leaving. By the end of November 2015, three Australian jurisdictions – Tasmania, ACT and Victoria – had introduced safe access zones around abortion clinics.[4] Northern Territory has become the fourth, in line with best practice in Australia.

The new law also allows conscientious objection to abortion, but requires health care providers to refer patients to a doctor who doesn’t. Sometimes that works; often it doesn’t, however, and to women’s detriment. Yet, conscientious objection is permitted in most laws on abortion today, with the exception of Sweden, Finland, Bulgaria, Czech Republic and Iceland.[5] The basis for allowing it is that the health care provider gets first choice – i.e. not to provide an abortion. The basis for not allowing it, according to the Swedish Association of Midwives, is that the health professional always has a choice (s/he can choose another profession); the patient’s choice must always come first. This is a conflict of interest that, like the wider fight for women’s rights, has a long future ahead of it.

One of the two places where the new law falls down most, however, is in requiring the approval of one doctor for abortions up to 14 weeks (instead of two as previously), while it retains the approval of two doctors between 14 and 23 weeks of pregnancy. Although one doctor is of course better than two, this firmly maintains doctors’ control over the abortion decision, which is a lost opportunity. I think it is past due time for doctors to refuse to act as gatekeepers with the power over women’s access to abortion and for lawmakers to stop using them to control women’s decisions. Hopefully, NT will at least allow nurses and midwives to take over providing all but the most complicated abortions, as per WHO guidance,[6] and will also allow home use.

The other really disappointing bit is that the law only allows abortions up to 23 weeks of pregnancy unless the woman’s life is at risk. At the very least, it should have allowed abortions after 23 weeks in cases of serious risk to the woman’s health, pregnancy due to rape or incest, and where fetal anomaly has been diagnosed later, and also for those women and girls who have been unable to find an abortion earlier There are so few of them, and they are all in a highly vulnerable state. Make exceptions, damn it. Have a heart!

Equally problematic, the law contains criminal penalties of up to 7 years in prison for anyone who is “unqualified, who causes an abortion”. This might be worth imposing in a country like South Africa where abortion has been legal on broad grounds for 20 years but where illegal and unsafe clinics are still flourishing. But whose fault is that? In South Africa, it’s the government and health system who are responsible for not making abortion services universally accessible, which is the only way to make illegal clinics disappear. But in Australia? It seems the fear of full decriminalisation of abortion runs deep, and that’s not just in NT.

On the other hand, regarding criminal penalties, the new law explicitly says it does not apply to “a woman who consents to, or assists in, the performance of a termination on herself”. Hence, it does not criminalise self-use of medical abortion pills. This is a major positive step for other countries to emulate.

Which allows me to end on a very high note: Heartfelt congratulations to all those who put so much time and energy into making this bill into law.