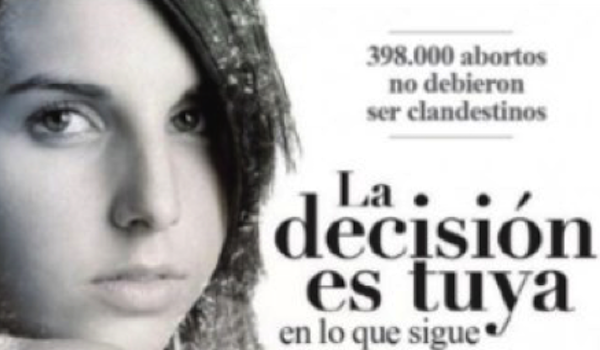 ARTICLE: ‘The Fetus Is My Patient, Too’: Attitudes toward Abortion and Referral among Physician Conscientious Objectors in Bogotá, Colombia

Abstract: In 2006, the Colombian Constitutional Court partially decriminalized abortion. However, barriers to access, including improper use of conscientious objection, remain. Aim: To explore conscientious objection from the objectors’ perspectives, in-depth interviews were conducted in 2014 with 13 key informants and with 15 Colombian physicians who self-identified as conscientious objectors. Methods: Recruitment included snowball and purposive sampling techniques.  Analysis was conducted in tandem with data collection and focused on objectors’ attitudes, beliefs and behaviors related to abortion and referral. Results: Objectors had varied perspectives. Three types of objectors were evident: extreme, moderate and partial. Extreme objectors refused to perform abortions or make referrals, and often lectured their patients; they also provided misleading or false medical and legal information, preventing women from accessing abortions to which they were legally entitled. Moderate objectors would not perform abortions, but respected their patients and viewed referral as a way to save “one out of two” lives. Partial objectors performed some abortions but refused to do others on the basis of gestational age or case-by-case circumstances. Across the typology, objectors linked conscientious objection with medical ethics, and many described a duty to protect the fetus, which they conceptualized as a patient. Conclusion: Conscientious objectors exhibit diverse opinions and behaviors. Potential areas for future investigation include identifying factors that lead objectors to refer and estimating the prevalence of each type of objector. Results suggest potential interventions that could reduce the role of conscientious objection as a barrier to care.

“This study states that health care providers who invoke conscientious objection to providing or participating in abortion care in Bogotá, Colombia, can be categorized along a spectrum of objection – extreme, moderate and partial. We argue that contrary to what the study says, those pervasive practices are not conscientious objection. This clarification is needed in respect to those who are objectors and also to the concept of conscience.

“Practices such as “preventing patients from having an abortion, providing misleading legal and medical information, and refusing to refer their patients, or to object on a case-by-case basis” are exactly the kind of practices that fall into the category of barriers and unjustified denial of services not based on conscience, but on the sole fact of not agreeing with a woman’s decision and not recognizing her right to have an abortion.

“Conscience is a personal attribute that is present in both the denial and the provision of abortion services. Objection is not the same as obstruction, moral stress, civil disobedience, or the imposition of barriers. Conscientious objection allows refusing to provide a service that, although legal and corresponding to the technical skills of the medical profession, an individual avoids providing, based on deeply held religious or ethical beliefs. This privilege does not dismiss the ethical obligation of every health care professional not to interfere with the autonomy of patients and to safeguard their well-being and not to hurt or conceal information from them. To hinder access to a necessary medical procedure violates these three principles, especially when done from a position of power deriving from medical practice, and far from being an exercise of conscience it becomes an imposition of beliefs…

Illegitimate use of “conscientious objection” is punishable, constitutes misuse of public resources and carries civil, administrative and ethical responsibilities…

“The ways in which professionals deal with requests for abortion should be called by their real names, so that it is possible to identify… strategies that can be implemented with a view to raising awareness, [give] training and, ultimately, sanction those who, by imposing their beliefs, affect the health and lives of women who request their care and attention…

“What is improper in this article is not the use of conscientious objection. It is the wrongful use of the term that is improper and unfair, along with the use of a variety of mechanisms and arguments aimed at preventing women from exercising their rights, which are well described and characterized by the authors. As we all agree, these practices are what should be condemned.”