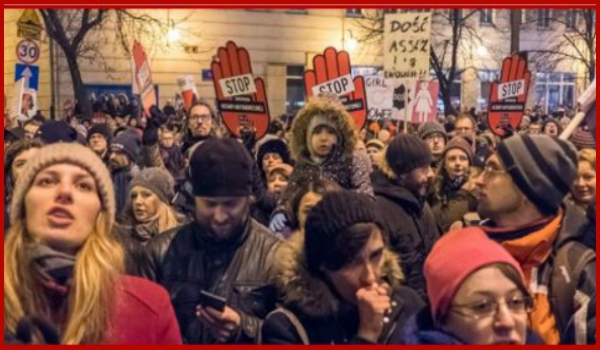 Amnesty International has adopted new policy on safe abortion and against punishing people for using drugs during an international members’ meeting in Warsaw, Poland, from 6-8 July.

“We want to make sure we are well placed to fight for the human rights of millions of people whose lives are impacted by how governments criminalise or restrict access to abortion and by the prohibition of drugs. Both issues require a much more compassionate approach from governments to protect the rights of the people who are most at risk,” said Tawanda Mutasah, Amnesty International’s Senior Director for Law and Policy.

In a statement released in advance, Amnesty International said: “The meeting will take place against the backdrop of ongoing efforts by the Polish government to undermine the independence of the judiciary and to further restrict access to abortion. Both have been met with overwhelming public opposition and protest.”

The position on abortion approved by the meeting calls on States not just to decriminalise abortion, but also to guarantee access to safe and legal abortion in a broad way that fully respects the rights of all women, girls and people who can get pregnant. The exact wording has not yet been released.

It will replace Amnesty’s previous policy, which was adopted in 2007, which called for the decriminalisation of abortion but for access to abortion only in a limited set of cases. The policy change takes place in the context of a broader policy of opposition to unjust criminalisation of people’s bodies, sexualities, reproduction, gender expression, sexual activity outside marriage, and restrictions on access to basic sexual health information or services. Amnesty has launched Body Politics: Criminalization of Sexuality and Reproduction, a new series of tools, to empower activists worldwide to challenge criminalisation and stand up for their rights.