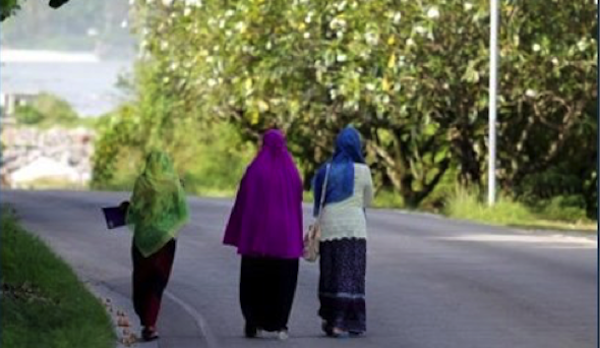 15 April 2016
A young African woman, accepted as a refugee on the Pacific island of Nauru, known as S99, was in the midst of a violent epileptic seizure when she was set upon and raped on Nauru. She was semi-conscious during the rape and is unable to identify her attacker. Now, she is nine weeks pregnant and desperate to have an abortion. Since the rape, she has attempted suicide, and suffers from anxiety and post-traumatic symptoms. She has received no ongoing psychological care.

According to S99’s understanding of her Muslim faith, her abortion must be carried out before she is 16 weeks pregnant. It is a deadline she is desperate to meet. Abortion is illegal on Nauru so she is seeking an abortion in Australian. But instead of bringing her to Australia for the termination, Australian authorities transferred her to Papua New Guinea without her agreement. She was taken to a hotel in Port Moresby, told she would be taken to a medical appointment the next day, and left alone.

The Australian government is disputing her right to come to Australia. Two years ago, Australia sent her from Christmas Island to Nauru, where she was accepted as a refugee, but with a temporary settlement visa only. The Department of Immigration and Border Control and the Commonwealth of Australia argue this means she is not Australia’s responsibility.

Her lawyer had raised concern that Australia could be in breach of PNG’s laws by sending S99 to Port Moresby for an abortion. He filed an emergency injunction in the High Court preventing Australia from taking any action to have her pregnancy terminated in PNG, or transferring her back to Nauru. The case was then moved to the Federal Court where her barrister told the court she had made it clear she wanted to have a termination in Australia as she would need specialist care and feared she might be prosecuted if she had an abortion in Port Moresby. He said Australia had assumed responsibility for S99’s care when it transferred her to PNG. The High Court issued an emergency order that Australia not move S99 anywhere but to Australia, and not do anything that would cause her pregnancy to be terminated in PNG. A trial date of April 28 was set.

Last year in October 2015, the case of Abyan – a Somali woman also allegedly raped on Nauru – caused national outrage after she begged Australia for an abortion, was flown there after weeks of uncertainty, and then deported without having had the abortion. Her claims about what happened were highly contested by the government. It is unknown whether she ever finally did have the abortion or not.

Concern about S99 having an abortion in PNG is partly because a couple were jailed there for five years in October 2015, putting in question Australia’s decision to send anyone there for an abortion.

The PNG case was understood to be the first prosecution for abortion in PNG, but one that could establish case law in the matter. The woman was convicted of terminating her third pregnancy using medical abortion pills at about 16 weeks, and her husband for helping to buy the pills through the back door of a local clinic. In the eyes of a coalition of senior medical, legal and human rights advocates in Port Moresby, who have taken up the case and are calling for a Supreme Court review, they were charged and convicted erroneously. They say the case looms as a dangerous precedent in a country where access to contraception is scarce, motherhood is a perilous business and unsafe abortions are shockingly high.