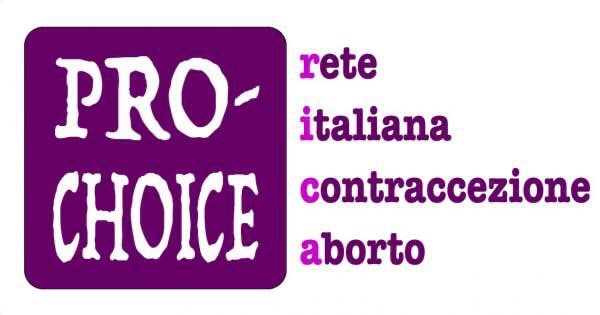 Abortion is legal in Italy, but it is difficult to access. This situation has been exacerbated during COVID-19 pandemic. Among various major problems (such as high rate of conscientious objection, strict gestational age limits, and mandatory waiting time), the scarcity of medical abortion services and the peculiar ways in which these are organised stand out in these difficult times. To comprehend the gravity of the COVID-19 impact on abortion services in Italy, it is important to consider that medical abortion was underused in Italy as compared to other EU countries prior to the pandemic.

Medical abortion was legalised in Italy only in 2009 (while it was introduced in France in 1988 and in the UK in 1990). National guidelines by the Italian Ministry of Health recommend that medical abortion (i) is only offered in hospitals; (ii) up to 7 weeks of pregnancy; and that (iii) it shall be offered as an in-patient treatment (Ministero della Salute, 2010). This protocol deviates from international clinical guidelines, producing unnecessary burden on provision services and provoking clinically unjustified barriers to access to the treatment. The last official national report shows that only 17,8% of total abortions was completed in 2017 in Italy through the use of mifepristone and misoprostol (Ministero della Salute, 2019). This low percentage of medical abortions suggests that a little number of abortion providers have the expertise or the possibility to offer this procedure, while the majority of abortions in the country are performed via aspiration (for a percentage of 50,5%, Ministero della Salute, 2019). In the lived reality, medical abortion is a little-known technique and, despite being safer, it is only slightly more diffused than curettage, which is applied in 11,6% of the total national cases (with peaks of 40, 6% in Sardinia and 29,2% in Abruzzo, Ministero della Salute, 2019).

According to the law, in order to be entitled to an abortion, all women shall first obtain a certification, confirming the pregnancy and the woman’s will to terminate it. The document is produced in 43,6% of total cases in a consultorio familiare (similar to family planning centres); in 31,3% by the same doctor in charge of the abortion procedure, and in 21,0%  by a trusted doctor, such as a GP (Ministero della Salute, 2019).

After receiving this document, women are admitted for the treatment. In those few cases in which medical abortion is provided, a woman is required to meet face-to-face with a doctor a minimum of two times in a hospital setting: one time for swallowing mifepristone and one time after 24 to 48 hours for misoprostol. While women can take the personal responsibility to leave the hospital after each of these steps, national guidelines are still requiring hospitals to grant in-patient capacity as a prerequisite to have a medical abortion offer in place.

The aforementioned procedure to access medical abortion, proved especially problematic during the sever outbreak of COVID-19 in Italy especially between mid-February and April 2020. The Italian response to the outbreak become notorious in Europe as it included a rapid progression in enforcing lockdown of people, highly restricting mobility and requiring everyone to exhibit written proof of their need to leave their houses for major necessities (i.e. for food or medical reasons), to the point that leaving one’s house, if tested positive to the virus, was considered a criminal offence (Governo Italiano, 2020). Many hospitals in the North of Italy, and major hospitals in the Centre and South, have become hubs for treating COVID-19 patients, while in many other hospitals, entire wards have been converted in COVID-19 wards. Many health professionals have been relocated to treat infected patients. In this context, having an abortion has become more challenging for the difficulties in obtaining the required certification, undergoing treatment in hospitals through multiple accesses and facing risks of contagious (Siviero, 2020).

While abortion services were re-adapted to contain the risk of a contagion (through an increment of telemedicine) in the UK in March 2020, the Italian Ministry of Health included abortion among essential healthcare services, in line with World Health Organization’s recommendations (WHO, 2020; Ministero della Salute, 2020). It did not, however, take any further action to ease abortion access. During the lockdown, some consultori familiari temporally closed and some have reduced their services, GPs have started meeting only a low number of patients in high needs and private practices have reduced their services to the minimum. Abortion providers in the whole country made an effort to continue delivering care following existing patterns while at the same time trying to follow healthcare protocols to contain the contagion.

In this context, surgical abortion was preferred, including for early abortions, while pregnant people continued to travel to and from hospitals, several times, despite the lockdown being enforced across the country and the risks that they and providers were taking in arranging multiple encounters in hospitals in those times.

These requests have garnered the support of the Società Italiana di Ginecologia e Ostetricia (SIGO, 2020), which is the biggest society of gynaecologists and obstetricians in Italy. In the same month, the same Pro-choice network launched a petition to support its requests through La Repubblica, one of the major Italian newspapers, with the first signatures of public figures, MPs, intellectuals including the anti-mafia writer Roberto Saviano (De Luca, 2020).To date, the government has not offered any answer to the formal letter nor the public petition and has not taken any action to make abortion more accessible in these times nor in the immediate future.