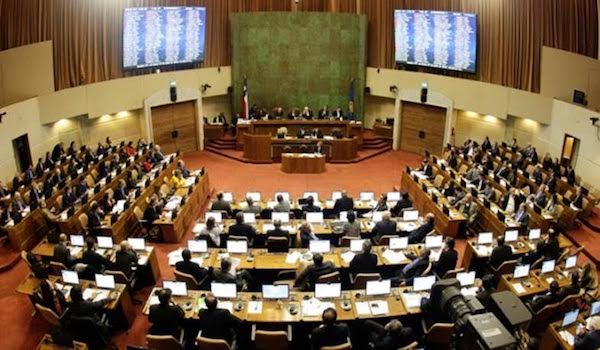 As we reported in Campaign news on Wednesday, 18 July, repeated in our newsletter earlier today, on Tuesday night the last Committee in the Chilean congress passed the abortion bill with all three grounds for abortion intact. On Wednesday, it was passed in the Senate. Then, yesterday, Thursday 20 July, it went back to the full Chamber of Deputies, which had passed it a year ago. It was also expected to pass there. However, when the vote finally came last night, the bill fell by one vote because one member of the ruling coalition, which supports the bill, unexpectedly abstained, and several others were absent.

In response, Miles Chile and thousands of supporters of the bill gathered in the Plaza Italia, on the steps of the congress building, to protest. In a news report published today, 21 June, Miles Chile held the legislative and executive powers responsible and described the fiasco as an “embarrassing blunder that exposes the ineffectiveness of the political class”.

Claudia Dides, Director of Miles Chile, said: “Everyone knows that some deputies and senators will always be absent for any vote, but this could and should have been taken into account by the ruling coalition and this outcome prevented. It is well known, they said, that when it comes to dealing with a draft law, its passage should never be taken for granted until it actually becomes law. This negligence on the part of the government is insulting to the human rights of women.”

She added: “The opposition, who steadily torpedoed this draft law, were violating basic human rights and even plan an appeal to the Constitutional Court against the bill if it becomes law, for it to be declared unconstitutional. “This persistent rejection by sectors of the population who obey only their own religious beliefs, instead of supporting a secular State, will go down in history in the same way as those who denied women the right to vote.”

The protest was “against a National Congress that denies the most basic human rights of women and against an Executive that, in spite of knowing full well the difficulties and obstacles over many years in all the attempts to pass this into law, were just not up to the job at the final moment.” 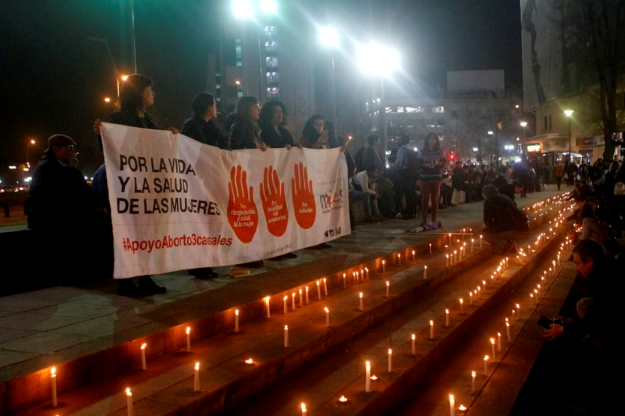