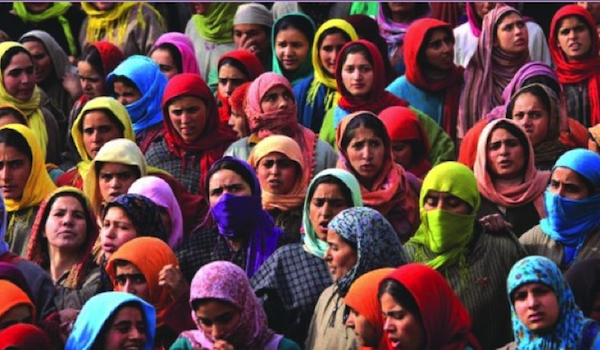 On 3 August, a Campaign member from CommonHealth in India wrote to say that a very disturbing article had appeared in The Hindu about women’s right to abortion having to be balanced against the right to life of the fetus. The article, entitled “A tricky debate on abortion”, was by K Kannan, former Justice of the Punjab and Haryana High Court, the same court that in 2015, rejected the plea of the father of a 14-year-old rape survivor to allow termination of her 24-week pregnancy (see Campaign newsletter, 3 August). The article expresses opposition to extending the legal time limit for abortion from 20 to 24 weeks for certain grounds. The author bases his arguments on his religious views, his interpretation of fetal rights, disagreement with allowing women’s autonomy to decide, and his views on disability in relation to abortion.

The Hindu illustrated the article, as many conservative news sites unfortunately do, with a photograph of a very pregnant woman’s belly, probably as much as 8 months pregnant, minus her face, thus contributing to two common, but mistaken, beliefs – first, that abortions take place that late in pregnancy and second, that a fetus has an independent existence from the woman who is carrying it.

Although we do not reprint the article here, it is well worth reading in full as it is unusually complex for an anti-abortion argument, requiring an equally complex response. Read it here.

The article was followed by 29 comments. Here is perhaps the most interesting one: “I am shocked to hear a lawyer argue for laws based on religion in a country that is struggling to get a uniform civil code.” (Vijayalakshmi Fernandes) Two other respondents mentioned the death of Savita Halappanavar, an Indian dentist who was living in Ireland, who was left to die from sepsis in a Catholic hospital that refused to terminate the pregnancy following an inevitable miscarriage at 17 weeks of pregnancy.

RESPONSE: Abortion is a difficult, personal choice, not a tricky debate

The response from CommonHealth and others was published by The Hindu on 11 August 2016. The Hindu entitled it “A question of rights” while its authors entitled it “Abortion is a difficult, personal choice, not a tricky debate”. The news site illustrated this article with a transparent pregnant belly, with only the outline showing, containing a fully-formed cartoon baby with an enlarged head, which is seated, with its feet crossed, its elbow propped on its knee and its fist propping up its head, eyes closed, frowning. A more inappropriate image would be hard to imagine.

Here is their response in full:

“We are a group of persons from across the country working with women over several decades around issues of their rights and health. In response to the article, “A tricky debate on abortion” (3 August 2016), we would like to contest, from the perspective of women’s rights, the arguments made by the author.

“Worldwide, it is estimated that 46 million women seek abortion every year and the World Health Organization estimates that close to half of these happen in unsafe conditions. In India, around 20 million women seek to terminate an unwanted pregnancy every year. Even today, due to the stigma around women’s sexuality and abortion itself, a woman dies every two hours of an unsafe abortion. What makes this statistic even more tragic is that in our country, as the author points out, we have had a law permitting abortion access under certain conditions, since 1971; however, this has not ensured widespread access to safe abortion services.

“This is one of the reasons that over the last three decades, international human rights bodies, including those of the United Nations, have paid attention to the issue of abortion and have called upon states to remove barriers to access to safe abortion. Internationally accepted human rights law supports the right to choose whether to continue a pregnancy or not within the framework of the right to life, right to health, and the right to autonomy and bodily integrity. There is enough evidence that non-availability of safe abortion kills – where abortion laws are not restrictive, morbidity and mortality due to unsafe abortion are much lower.

“The author seems to suggest that seeking abortion is a casual and frivolous decision; he asks if the woman can have the right to have an abortion ‘any time she pleases’ and portrays women as resorting to abortion because they would like to avoid ‘servitude’. A woman’s decision to terminate a pregnancy is not a frivolous one. Abortion is often the only way out of a very difficult situation – pregnancy resulting from coerced or non-consensual sex, not knowing that even the first intercourse can result in pregnancy, inability to use a method of contraception due to husband’s (or others’) objection, fear of side effects, not receiving information and counselling at the appropriate time, wrong use of methods, discontinuities in use for various reasons including not receiving supplies regularly, and of course, method failure. An abortion is a carefully considered decision taken by a woman who fears that the welfare of the children she already has, and of other members of the household that she is obliged to care for with limited financial and other resources, may be compromised by the birth of another child – these are decisions taken by responsible women who have few other options; they are women who would ideally have preferred to prevent an unwanted pregnancy, but are unable to do so – we have reported this in the many studies published by us. And if the pregnancy was the result of sexual violence and the woman does not want to continue with the pregnancy, then forcing her to do so represents a violation of the woman’s bodily integrity.

“The author states that there are ‘strong ethical objections to abortion per se’. It is worth mentioning here that abortion is permitted for social or economic reasons in 80% of developed countries as compared with only 16% of developing countries. According to international human rights law, a person is vested with human rights only at birth; an unborn fetus is not an entity with human rights. The ethical issues here are not just of the rights of the fetus. The fetus is not an independent entity and depends completely on the welfare of the woman. Without her well-being, one cannot talk about the well-being of the fetus. We also need to consider the fact that the woman herself is a living human being in the here and now – the pregnancy takes place within her body and has profound effects on her health, mental well-being and life. Thus, how she wants to deal with this pregnancy must be a decision she and she alone can make.

“The author juxtaposes women’s choice to continue or terminate a pregnancy with the right of a disabled person to live. This is a fallacious argument that pits one marginalised group, namely persons with disability, against another, namely women. The author seems to suggest that women should be talked into continuing a pregnancy no matter what the condition of the fetus, based on a romanticised idea of “disability” and ignoring what the consequences of serious fetal anomalies are when the child is actually born, that women should be willing to sacrifice their whole lives and their own life projects to care for a child with serious disabilities, no matter what the disability, and that women should be asked to carry pregnancies with a fatal fetal anomaly to term only to take them to a hospice to die if need be. We would like to present the grim reality that adult women and young girls face when they are pregnant against their wishes or when a wanted pregnancy can become difficult to continue if the fetus is diagnosed as having serious abnormalities. The State does not offer any special relief for parents of disabled children and the entire burden of medical care, education, daily care and future security falls on the individuals alone. It is also not true that most serious fetal abnormalities can be diagnosed before 20 weeks – abortion for serious fetal anomaly often is needed after 20 weeks as tests are mostly done at 18 weeks [in India] and results can take 3 or more weeks.

“We would like to state that upholding the rights of the disabled does not conflict with upholding women’s reproductive rights. Many disability rights activists are pro-abortion rights and those who uphold reproductive rights are also supportive of the rights of persons with disability to make reproductive choices, to not have to face coerced sterilisation and/or abortion. As argued earlier by Levine, rather than allowing legislation to save fetuses with disabilities at the expense of their mother’s freedom, we should develop policies and technologies that make lives in all bodies – no matter what their abilities – worthwhile.

“Perhaps the time has come for us to discuss whether women in India are indeed equal citizens and whether the right to control their own body and fertility and motherhood choices are primary to their empowerment. The judiciary and lawmakers need to maintain a secular outlook and strive to ensure that the women citizens of this country have equal citizenship rights in consonance with the Constitution of the country and accepted international Covenants of Human Rights. These include a right to life for the woman, as also a right to dignity and a right to benefit from scientific progress. Religion and other traditional frameworks are inherently imbued with patriarchy and cannot be used by a secular state to direct its laws and policies.

“In a country where girls are still married off at ages as young as 8 years, most often have no access to sexuality education in school, no access to information or safe and effective contraceptive methods, suffer from sexual and physical violence and abuse, have public health sector services that are either absent or insensitive, we need to take into cognizance the abject lack of sexual and reproductive rights that the majority of the women have when framing and discussing laws and policies.

“Debates on disability, sex selection, fetal viability and gestational limits are all welcome and indeed it is time that we had them. As the recent Zika virus concern in Latin America and the ongoing conflict between sex determination and safe abortion access here have shown us, there is much to be deliberated upon and reviewed. However, let us not lose sight of the basic right that women need: the right to autonomy and to decide what to do with their own bodies, including whether or not to get pregnant and stay pregnant.”