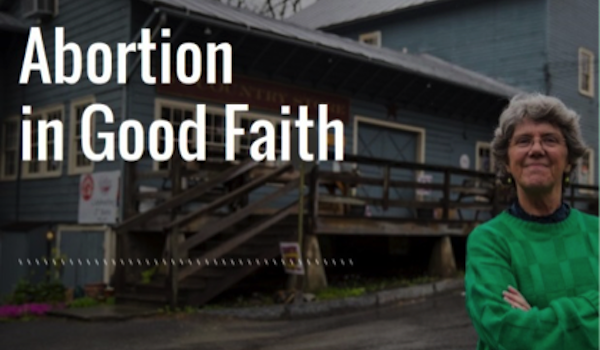 Catholics for Choice has just launched a new multi-media campaign, Abortion in Good Faith, which tells the stories of Catholics across the United States who want accessible abortion care for everyone – no matter how much money they have, where they live or what they believe.

In the US, as the opposition to abortion is often most vocal and influential among those using a religious tone, we believe it is imperative that people of faith – particularly pro-choice Catholics – speak out boldly in favor of public funding for abortion access. The testimonies and stories these individuals shared speak directly to the rationale and philosophy as to why we, as people of faith from the Catholic community, believe all women have the right to access abortion care.

The first phase of the campaign began with more than 20 advertisements appearing in publications across the US. The harsh restrictions on public funding for abortion mean that lower-income women in the US don’t have access to abortion when they need it. Women who are dependent on Medicaid, employees of the federal and state governments, military members, and millions of others who are dependent on public funding simply don’t get the same kind of care as women with money. That is not Catholic.

Our campaign tells the stories of Catholics across the country who want meaningful, accessible reproductive health care choices for everyone, no matter how much money they have, where they live or what they believe. We believe that everyone deserves access to abortion.