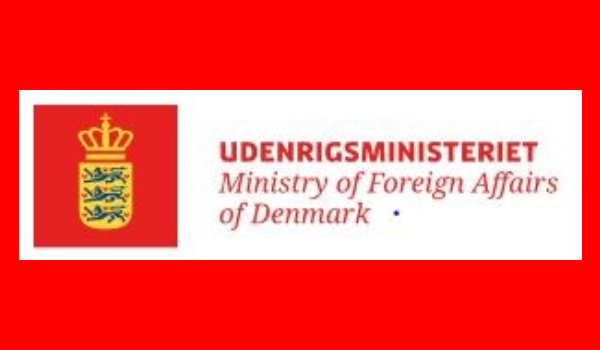 “This year, in 2018, it is 50 years since reproductive rights – including the right to decide whether to have children and how many children to have – were first formally recognised.

More than 200 million women in developing countries are still denied these rights.

1968 gave its name to a generation known for its ambition to change the world for the better. And a historic decision was made that year, a decision with the potential to fundamentally change the lives of all people – and of women in particular.

On 22 April 1968, delegations from 84 countries convened in Iran for the International Conference on Human Rights. With only 39 women among more than 350 delegates, the conference was predominantly a man’s world making decisions of crucial importance for women’s lives. The conference concluded that couples have a human right to decide freely and responsibly on the number and spacing of their children.

This first recognition of reproductive rights in a conference room in Tehran was as revolutionary as any of the demonstrations that took place in the streets that year. In 1968, the world population had just passed 3.5 billion, with an increase of one billion – or 40 % – in just 17 years. Globally, women had an average of five children. There were serious concerns that population growth would hamper the struggle against hunger and poverty.

At the beginning of the century, feminists had already claimed that access to birth control is a fundamental right for women, and the availability of the contraceptive pill from 1960 had already broadened contraception choices. Nevertheless, the decision by world leaders to recognise reproductive rights as human rights was momentous.

To spearhead the implementation of this decision, the UN Fund for Population Activities (UNFPA) – now the UN Population Fund – was made a stand-alone entity in 1969. Denmark, Finland, Norway and Sweden supported UNFPA from the very beginning, and have since been among the top donors to the Fund.

Concerns about population growth did not, however, disappear with the stroke of a pen, and not all women gained the means to control their fertility in 1968. It would take another couple of decades before common ground was found between the demographic arguments and the point of view of women’s rights.

In 1994, 179 countries met in Cairo for the International Conference on Population and Development. Here, researchers directed attention to the millions of women who wanted to avoid pregnancy but did not have access to modern forms of contraception. The evidence-based argument was made that meeting this unmet need alone would put the demographic concerns to rest. A new now consensus focused on fulfilling the unmet need for contraception, at the same time supporting reproductive rights.

As we mark the 50th anniversary of reproductive rights, we can note that fertility has been halved since 1968; that is an average reduction of 2.5 children per woman globally. Still, 214 million women in developing countries have an unmet need for contraception. This is about one in four women in developing countries. Moreover, it is estimated that each year 25 million unsafe abortions take place globally; the majority in low- and middle-income countries. Unsafe abortion is one of the four main causes of maternal mortality and morbidity. In addition, millions of women suffer disabilities from complications of unsafe abortion.

Meeting the unmet need for contraception and ensuring access to safe and legal abortion can improve the lives of women and their families, and help to lift them out of poverty. We are pleased that, since 2012, the unmet need of 38.8 million women has been met in some of the world’s poorest countries. Young women who are able to stay in school and postpone childbearing generally choose to have fewer children; they have better income earning opportunities and are able to invest better in the nutrition, health and education of their children.

Early and multiple pregnancies are likely to consign young women and their families to poverty, as they will have limited opportunities to finish school, complete their education and get a job.

Denmark, Finland, Norway and Sweden strongly believe in a woman’s right to decide over her own body as an end in itself and as an important vehicle for further development. Therefore, we are not only strong financial supporters of UNFPA and other frontline organisations working with sexual and reproductive health and rights, but we are also strong political supporters of girls’ and women’s rights. When other countries step down and reduce funding and support, we step up together with other like-minded countries, for instance in connection with the SheDecides movement, which finds that the world is better, stronger and safer when SHE decides whether, when and with whom to have sex, to fall in love, to marry, to have children.

When the Human Rights Conference was concluded on 13 May 1968, reproductive rights had become human rights. At the 50th anniversary, the time has come to fulfil these rights for all women, enabling them to have children by choice, not chance.

REPRINTED IN FULL from: Denmark Ministry of Foreign Affairs website, 14 May 2018