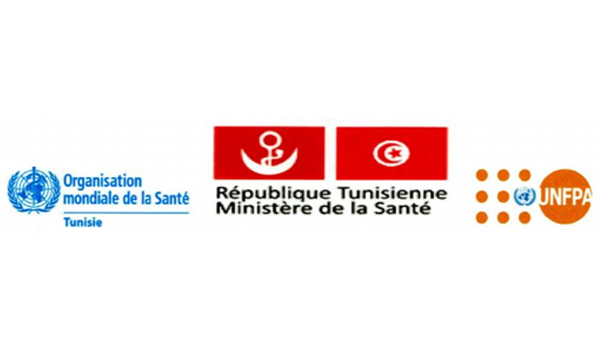 [His lecture opens by honouring Mandela]…. Nelson Mandela rose above his jailers to liberate millions of South Africans and become a global inspiration and a modern icon. He devoted his life to fighting the inequality that has reached crisis proportions around the world in recent decades – and that poses a growing threat to our future.

Covid-19 is shining a spotlight on this injustice….

Dear friends, The world is in turmoil. Economies are in freefall. We have been brought to our knees – by a microscopic virus. The pandemic has demonstrated the fragility of our world. It has laid bare risks we have ignored for decades: inadequate health systems; gaps in social protection; structural inequalities; environmental degradation; the climate crisis. Entire regions that were making progress on eradicating poverty and narrowing inequality have been set back years, in a matter of months.

The virus poses the greatest risk to the most vulnerable: those living in poverty, older people, and people with disabilities and pre-existing conditions. Health workers are on the front lines, with more than 4,000 infected in South Africa alone. I pay tribute to them.

In some countries, health inequalities are amplified as not just private hospitals, but businesses and even individuals are hoarding precious equipment that is urgently needed for everyone – a tragic example of inequality in public hospitals.

The economic fallout of the pandemic is affecting those who work in the informal economy; small and medium-size businesses; and people with caring responsibilities, who are mainly women.

We face the deepest global recession since World War II, and the broadest collapse in incomes since 1870. One hundred million more people could be pushed into extreme poverty. We could see famines of historic proportions.

Covid-19 has been likened to an X-ray, revealing fractures in the fragile skeleton of the societies we have built. It is exposing fallacies and falsehoods everywhere:

The lie that free markets can deliver healthcare for all;

The fiction that unpaid care work is not work;

The delusion that we live in a post-racist world;

The myth that we are all in the same boat. Because while we are all floating on the same sea, it’s clear that some of us are in super-yachts while others are clinging to the floating debris.

Inequality defines our time. More than 70 per cent of the world’s people are living with rising income and wealth inequality. But income, pay and wealth are not the only measures of inequality. People’s chances in life depend on their gender, family and ethnic background, race, whether or not they have a disability, and other factors. Multiple inequalities intersect and reinforce each other across the generations. The lives and expectations of millions of people are largely determined by their circumstances at birth.

In this way, inequality works against human development – for everyone. We all suffer its consequences. We are sometimes told a rising tide of economic growth lifts all boats. But in reality, rising inequality sinks all boats. High levels of inequality are associated with economic instability, corruption, financial crises, increased crime and poor physical and mental health.

Discrimination, abuse and lack of access to justice define inequality for many, particularly indigenous people, migrants, refugees and minorities of all kinds. Such inequalities are a direct assault on human rights. Addressing inequality has therefore been a driving force throughout history for social justice, labour rights and gender equality…

The vision and promise of the United Nations is that food, healthcare, water and sanitation, education, decent work and social security are not commodities for sale to those who can afford them, but basic human rights to which we are all entitled…

Women everywhere have called time on one of the most egregious examples of gender inequality: violence perpetrated by powerful men against women who are simply trying to do their jobs.

And the anti-racism movement that has spread from the United States around the world in the aftermath of George Floyd’s killing is one more sign that people have had enough: Enough of inequality and discrimination that treats people as criminals on the basis of their skin colour; Enough of the structural racism and systematic injustice that deny people their fundamental human rights.

These movements point to two of the historic sources of inequality in our world: colonialism and patriarchy.

After the Second World War, the creation of the United Nations was based on a new global consensus around equality and human dignity. And a wave of decolonisation swept the world. But let’s not fool ourselves. The legacy of colonialism still reverberates.

And we see this in global power relations.

Africa has been a double victim. First, as a target of the colonial project. Second, African countries are under-represented in the international institutions that were created after the Second World War, before most of them had won independence.

The nations that came out on top more than seven decades ago have refused to contemplate the reforms needed to change power relations in international institutions. The composition and voting rights in the United Nations Security Council and the boards of the Bretton Woods system are a case in point.

Inequality starts at the top: in global institutions. Addressing inequality must start by reforming them….

[He goes on to talk about wealth and poverty, that the deep disparities that begin before birth. And then about the two seismic shifts that will shape the 21st century: the climate crisis – and the need for climate justice, and digital transformation – with what he calls the dangers of a “two-speed world”.

He calls for a new Social Contract and a New Global Deal. He points to the 2030 Agenda for Sustainable Development and the Paris Agreement as showing the way forward, by addressing the many failures being exposed and exploited by the pandemic. He calls for equal access, from early learning to lifelong education, and a doubling of what is spent on education in low- and middle-income countries by 2030… He reports that the UN has launched “Giga”, an ambitious project to get every school in the world online.

In closing, he says: The labour movement has a proud history of fighting inequality and working for the rights and dignity of all. The gradual integration of the informal sector into social protection frameworks is essential. A changing world requires a new generation of social protection policies with new safety nets, including Universal Health Coverage and the possibility of a Universal Basic Income. Establishing minimum levels of social protection, and reversing chronic underinvestment in public services including education, healthcare, and internet access are essential, but also the need to tackle entrenched inequalities with affirmative action programmes and targeted policies….

Nelson Mandela said: “One of the challenges of our time … is to re-instill in the consciousness of our people that sense of human solidarity, of being in the world for one another and because of and through others.”…