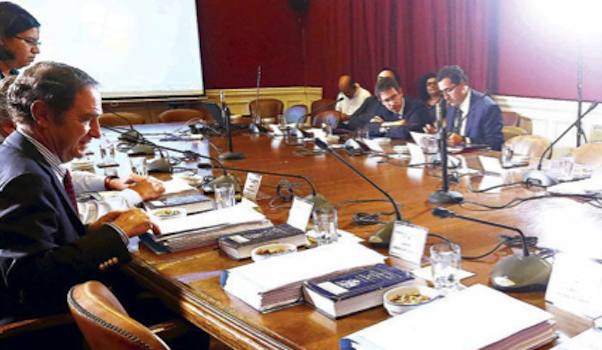 On 15 December 2016, CNN reported that the Constitutional Commission of the Chilean Senate had decided that the bill to decriminalise abortion on three grounds – risk to the woman’s life, rape and fatal fetal anomaly – could be sent to the floor of the Senate for a final vote on 10 January 2017. The Commission conducted two day-long sessions on 2 and 3 January so as to be ready to vote on the bill the following day, 4 January, after almost a year and 10 months since the measure was first tabled in the Congress. But the vote did not happen that day.

On 7 and 9 January 2017, La Tercera reported that the Constitutional Commission will vote on the bill on 16 January 2016. They quote the President of the five-member Commission, Pedro Arroyo, who said: “The Commission has done a lot of serious work on the draft law… It has heard more than 35 experts in different areas of law who have given their opinions in favour or against the bill.” Over a period of three months, they have included professors of constitutional, civil and penal law.

The different positions within the group on this subject are said to augur tensions in the government’s New Majority coalition, which in part have contributed to the slow processing of the bill. However, the news site quoted several Senators who said the quality of the debate and points raised, in spite of personal views against abortion, made it clear that this was an issue of public policy that had to be addressed and was likely to pass. A spokesperson from Chile is Life also thought the debate was serious and professional, but that it would not have changed anyone’s opinions. Claudia Dides of Corporación Miles expressed the hope of many that a vote would finally take place and that sanity will prevail.

The date of the full Senate vote will depend on the Government and whether or not they decide to call an immediate debate and vote, next week or the next…. The Commission’s original timetable was that their vote would be today, 10 January, but this was subject to completion of a session in which legal scholars would be invited to resolve the last doubts of the legislators. That session was postponed due to problems in the diaries of the presenters, so the date for the vote was moved to 16 January.

Member of Congress, Guido Girardi, said in an interview in November 2016: “We have made progress on several issues, such as divorce and civil union, and today it is a matter of seeing what the status of Chilean women in society is… Today we want women to live their sexuality in a full way and that has to be done with sexuality education and contraceptive methods.” He confessed: “I would never have an abortion, but at the least I do not want any woman to be imprisoned for terminating her pregnancy… This is part of our country’s recovery of human rights… This is a priority, and it is an initiative that has 70% support of the country. In addition, we have been challenged from the outside for not recognising women as full subjects under the law… The pressure from conservative groups who oppose the reform is legitimate, but the Government has to govern… We want the Executive to show more urgency on this issue because they made a commitment to the country… even though it is easier not to cause conflict… Every woman must have the ability and the right to make her own decisions in these circumstances. Chile cannot go on like this.”

We are holding our breath until this vote takes place and send solidarity to all our friends in Chile who have worked so hard for so many years for messages like these to come from the mainstream, especially that this vote is about Chile still recovering human rights, in this case for women. [Editor]