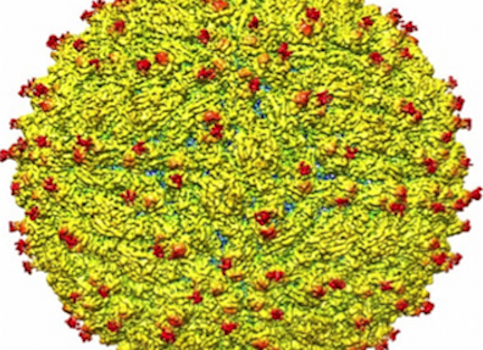 Please follow this link for the campaign statement dated 5 April 2016 which summarises what experts on public health, pregnancy and reproductive rights are saying and recommending, based on current knowledge.

Scientists have worked out the structure of the Zika virus in a breakthrough that will aid the development of treatments to combat infection. As well as aiding the design of vaccines and therapeutic drugs, scientists hope that the discovery will help develop better diagnostic tests for the virus, and throw light on the way the virus infects cells. Science DOI: 10.1126/science.aaf5316 ;

The World Health Organization announced on 7 April 2016 that Zika does cause microcephaly (based on 1,000 cases in six countries) and Guillain-Barré syndrome (based on 400 cases). CNN

Antenatal Zika virus infection has been linked to adverse pregnancy and birth outcomes; a causal relationship has been shown to exist, most notably with microcephaly and other serious brain anomalies. Several causal links were identified, including Zika virus in the brain tissue of affected fetuses and infants. Efforts toward the prevention of adverse outcomes caused by congenital Zika virus infection are limited because many questions critical to prevention efforts remain. What is still uncertain is the spectrum of defects caused by prenatal Zika virus infection, the degree of relative and absolute risks of adverse outcomes among fetuses whose mothers were infected at different times during pregnancy, and factors that might affect a woman’s risk of adverse pregnancy or birth outcomes. New England Journal of Medicine, 13 April 2016

CDC reports that transmission of Zika infection can occur through three routes:

(3) There have been multiple reports of blood transfusion transmission cases in Brazil. These reports are currently being investigated. During the French Polynesian outbreak, 2.8% of blood donors tested positive for Zika and in previous outbreaks, the virus has been found in blood donors.

In Paraíba, one of the nine Brazilian states within the epicentre of the epidemic, 21 medical centres collaborate via telemedicine in a paediatric cardiology network. To support research on microcephaly, from 1-31 December 2015 a Network task force measured the head circumference of the 16,208 neonates born between 2012 and 2015. A much higher than expected incidence of microcephaly was observed, varying from 2% to 8% depending on which of three classification criteria were used. These findings raised questions about the diagnosis of the condition and its notification… and also the possible role of poor nutrition. They conclude: “At this stage, follow-up studies in the children diagnosed with microcephaly are mandatory prior to concluding what problem we are actually facing.” Bulletin of World Health Organization E-pub: 4 February 2016

A study of 23 babies born in Pernambuco, Brazil, in 2015, all but one of whom were born to women who had a rash symptomatic of Zika infection during pregnancy found that “the brain damage caused by Zika virus infection in these children was extremely severe, indicating a poor prognosis for neurological function. This scenario might be the worst one in the disease severity spectrum.” All 23 babies had a CT scan that showed signs of brain calcification, malformations of cortical development, decreased brain volume, and abnormally enlarged brain cavities. The majority of babies had brain damage that was “extremely severe, indicating a poor prognosis for neurological function”. Underdevelopment of the cerebellum, which plays an important role in motor control, and the brainstem which connects the cerebrum with the spinal cord and communicates messages from the brain to the rest of the body, was also observed. This was an observational study so no definitive conclusions can be drawn. BMJ, 16 April 2016

Various headlines in February 2016 reported that the Pope seemed to be condoning contraception in cases of Zika. Here is how CNN reported it, quoting his actual words: At a press conference aboard a flight from Mexico to Rome, the Pope was asked whether the church should consider contraception the “lesser of two evils” compared with the possibility of women aborting fetuses infected with Zika. The Pope first answered by calling abortion an “absolute evil” and a “crime.” “It is to kill someone in order to save another. This is what the Mafia does,” Francis said. “On the other hand, avoiding pregnancy is not an absolute evil.” The Pope then pointed to a narrow historical exception to the church’s ban on most forms of birth control: a predecessor, Pope Paul VI, allowed African nuns to use contraceptives “in cases of rape,” Francis said. “In certain cases … such as the one I mentioned of Blessed Paul VI, it was clear,” the Pope said. The Guardian reporting him saying that abortion was an “illegitimate response” to the Zika virus and argued that terminating pregnancies would confirm international community’s failure to contain disease. “Not only is increased access to abortion and abortifacients an illegitimate response to this crisis, but since it terminates the life of a child it is fundamentally not preventative.” CNN, 18 February 2016; Guardian, 18 February 2016

The Zika virus has undergone significant genetic changes in the past few decades. Researchers who performed a detailed genetic analysis on the Zika virus have found some clues to help explain how the virus evolved from causing a relatively benign illness to becoming a worldwide threat, according to a study published online April 15, 2016 in the journal Cell Host & Microbe. Investigators have speculated that Zika virus may have evolved only in recent years to become more neurotropic, better at replicating, and more transmissible to humans. The latest epidemic has linked the virus to fetal brain-development disorders and new modes of transmission, including infection through sexual contact and from mother to fetus. The researchers compared individual genetic differences among 41 strains of Zika virus. In sequencing the virus, the team identified substantial DNA changes between the strains, showing a major split between the Asian and African lineages, as well as the human and mosquito versions. Interestingly, the researchers found that the human strains share a genetic sequence more similar to the 1966 Malaysian strain than the 1968 Nigerian strain, which suggests that the Zika virus strains in the recent human outbreak are evolved from the Asian lineage. The researchers also found a key viral protein that varied the most between the Asian human strain and the African mosquito strain. This indicates that the virus likely underwent a structural change at some point. “We suspect these mutations could help the virus replicate more efficiently, evade the body’s immune response or invade new tissues that provide a safe harbour for it to spread.” The researchers’ next step will be to analyse the viral strains causing the current epidemic and look for genetic targets for drug and vaccine development. MDLinx, 19 April 2016.