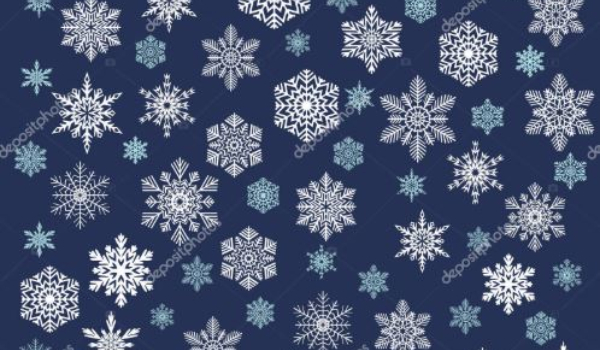 Here is a summary of what the Campaign coordination team did in 2018.

– Huge differences in the conditions under which abortion pills are regulated and accessed worldwide, yet they are changing everything as women are increasingly accessing them in almost all countries. The role of the internet in promoting digital/telemedicine and also as a marketplace. How are abortion pills challenging traditional ways of providing abortion?

– What kind of abortion law and law reform do we want? What kind of law reform are we likely to achieve at this time? We live under 200+ laws whose differences hide their one-ness of control, barriers and limitations, and a bottom line of criminalisation. We support complete decriminalisation but this is resisted fiercely.

– Lastly, we shared case studies on advocacy and campaigning for safe abortion at national and regional level and the differing faces of success. We assessed the opposition, including local versions of anti-abortion activity aiming at keeping women down. We examined the concept of a critical mass of support, focusing on building a movement of women for abortion rights, and promoting strategic assessments of national landscapes with the involvement of the World Health Organization as well as government representatives, health systems managers, advocates, legal and human rights experts, health professionals and many others, as a powerful step towards making change happen.

Each morning involved presentations by panels with contributions from the floor after each one, and workshops of 15-25 people in the afternoons with notes taken of recommendations. The last afternoon was spent developing a list of 20 overarching recommendations for future action. A Campaign advisory meeting with 25 participants took place the following morning. It was agreed to launch a Youth Action Committee as part of the Campaign, which was initiated in late 2018. Participants were invited to apply for up to ten small grants for national coalition-building meetings and/or to submit ideas and abstracts for papers on the conference themes, to be published in 2019.

We facilitated a set of three workshops that took place over three days with almost 10 hours of in-depth discussion and sharing of information and experience among some 33 participants. The Report was published in the Campaign newsletter. Everyone who registered was asked to write a paragraph about what they wanted to cover in the sessions. These were developed into the agenda that was used throughout the three days. The participants came from France, Gambia, Kenya, Madagascar, Malawi, South Africa, Uganda, UK, USA, Venezuela, Zambia, and Zimbabwe. Some of the most important topics included the role of the Maputo Protocol in promoting abortion law reform in the Africa region and the extent to which its value is understood in countries. The need to take a public stand on abortion and call for change from the ground up with support from a wide range of people. The importance of the actual abortion experiences of girls and women, especially those most at risk of unsafe abortions. That the opposition needs to be addressed but there are many differences of opinion on the issues. Restrictive law and policy are often blamed but health service providers are often the ones who actually limit access to abortion. Promoting the harm reduction approach as a good way to engage religious leaders. The role of religion vs. politics is especially sensitive. Working with the media is really important. The current situation of abortion services vs. post-abortion care. Throughout, examples from the countries represented were shared and analysed. Detailed recommendations were made for future action.

This is the first time that a coalition of international and regional networks has worked together to promote 28 September with a common theme, logos and hashtag. The Latin American Campaign coordinators in Argentina designed new logos and posters with WGNRR. We worked both jointly and independently.

Between 28 May and 28 August the Campaign published four calls for action. In September, we published three Campaign documents:

28 Examples of Progress and Successes for Abortion Rights in 2018, 27 September

And on 3 October, 12 October, 16 October, and 30 October, we published four newsletters with reports of Campaign members’ activities and links to all the media reports we could find in English and Spanish.

All the member’s reports received were posted on a joint website page managed by WGNRR.

The law, trials and imprisonment for abortion in Kenya

We wrote a joint letter with CLACAI to Pope Francis on 14 November 2018 to express our disappointment at two pronouncements he made earlier in the year related to abortion that we felt were unacceptable. We published it in a newsletter that same day along with letters from Católicas por El Derecho de Decidir, Mexico, and Catholics for Choice, USA. The latter was signed by 50 abortion providers and advocacy organisations across more than 20 countries.

Recommendations for law reform in response to the GIBRALTAR Command Paper on abortion law reform, 19 November 2018

We co-edited a Special Issue of the journal Contraception with 16 papers on Medical Abortion, mostly about and from the global south, which was published online in February 2018 and in March in print.

The European Journal of Contraception & Reproductive Health Care 23(2) published a letter to the editor from us in February 2018, entitled: ‘Response to “Progesterone for preventing pregnancy termination after initiation of medical abortion with mifepristone”: what’s the real point here?’

We published some 95 newsletters during the year, including features on Ireland, Argentina, Brazil, El Salvador, Algeria & Morocco, Malawi, Senegal, and Zimbabwe. Many more of the news reports we published came directly from Campaign members than in previous years.

We did research and published a report on censorship of a number of videos on abortion on YouTube by several of our members, and sent a letter to YouTube senior staff asking for an explanation, supported by a number of Campaign members in February 2018 (no reply was received).

In August 2018, we translated the media guidelines into Spanish that we had prepared jointly with IPPF in 2017 and published them along with a whole website page with guidelines for press and media, including a section on “hooks”.

We wrote a press release entitled No Turning Back on 9 August when the abortion bill was voted down in the upper house of the Argentinian congress.

We circulated ten requests for international solidarity from members in Thailand, Argentina, Kenya, Argentina, Guatemala, Tasmania, Global Compact on Refugees, Pakistan, and El Salvador, and one from AWID.

One of our most important initiatives this year has been the beginnings of the development of a Youth Action Network as a critical part of the network, which has been one of our hopes for more than a year already. During the Forum in Lisbon in September, a workshop for youth strongly recommended that we do so and they were keen to take it forward. A small group agreed to start off as a steering group to explore priorities and develop concrete proposals. They had an initial e-meeting in early December and went away to draft further plans. One of their aims will be to share regional experiences and connect with other youth groups and networks. A further meeting is planned for January 2019.

We depend on social media to connect and engage with many of our members and other stakeholders on the issues. We actively engaged and supported our members on social media in all the big news events of the year, and to involve people in responding to solidarity requests. We reached 3,600 followers on Twitter in 2018, hit a record with our Facebook community with 20,318 people, and our expanded Instagram account made it to 870 followers.

Our press list has continued to grow in 2018. At the end of 2017, it included journalists in 57 countries, and that has now increased to 71 countries. In particular, we have improved our contacts in the Middle East and North Africa, with journalists in Algeria and Morocco for the first time. Also this year we have paid particular attention to international journalists and reporters, and now have a network of international reporters who are interested in hearing from us about high-profile political events wherever they occur, e.g. the Irish referendum and Argentina “green wave”. The 28 September, International Safe Abortion Day, was reported throughout the press this year, especially our report on “28 successes for abortion rights in 2018” which was also published in openDemocracy and shared widely by groups such as IWHC and Inroads.

Regional Conference on Bringing the WHO Recommendations on Safe Abortion and Family Planning Closer to Women in Countries of Eastern Europe and Central Asia, Chisinau, Moldova, 15-16 November 2018. Organised by the Reproductive Health Training Centre, Moldova

Meetings of the national coalition Voice for Choice UK, London

Campaign membership has steadily increased in 2018. This year we have welcomed 200 new members, with an average of 3-4 individuals and/or organisations joining each week. We are also pleased to have welcomed members from new countries, including Afghanistan, Haiti, Lesotho, Kurdistan and Madagascar. Members play a key role in building the international network to advocate for universal access to safe abortion. We would like to thank everyone for your support and engagement over 2018; to those who got in touch with us with reports, those who read and share our bi-weekly newsletters with their networks, as well the many who have participated in Campaign activities throughout the year.

This year, the number of visits to our website has almost quadrupled compared to 2017, jumping from 24,677 visits in 2017 to a total of 91,890 visitors in 2018. Most users visited the website via the newsletter and social media posts, and also through direct searches. The total number of pages viewed also increased – from 55,000 views in 2017 to 130,767 views in 2018. Some of the most visited content remains the reports on trials and imprisonment and the safe abortion methods page.

All the features, news and reports published in the newsletter are simultaneously posted on our website, with the six most recent items displayed on the website home page and the most important stories, requests for solidarity and major events also included in the home page slider. All news stories from 2018 on can be found here, and all the newsletters from 2015 onwards are also archived, e.g. newsletters from 2017 are archived here. Newsletters reporting International Safe Abortion Day activities in 2018 are found here. Our Facebook and Twitter can be found at the bottom of the home page. We also archive Campaign statements, solidarity requests, and a great deal more information on our website. If you want to read everything about a specific country, you can put the country name into the search box and all articles mentioning that country will come up.

In 2019 we will be revamping the website, which has grown hugely. In preparation, we started a process of rebranding this year, which can be seen in our logo and at the top of the website, Facebook, Twitter and the newsletter so fa