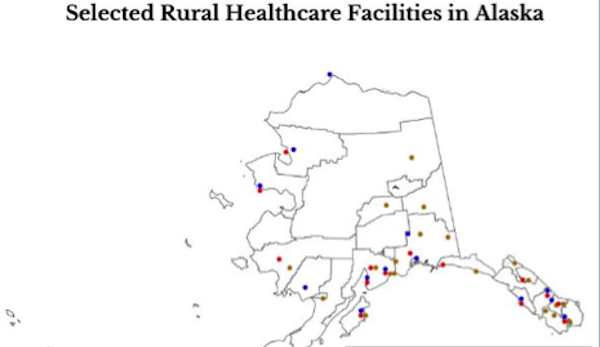 Patients are seen sooner and closer to home in clinics where medical abortion pills are offered through a video-conferencing system. These findings are consistent with previously published literature on medical abortion provided via telemedicine, and indicate high acceptability among providers and the appropriateness for telemedicine application to this health care service. Yet despite the proven benefits, 18 US states have effectively banned the practice by requiring a doctor to be physically present to provide the pills.

In May 2015, the well-regarded pregnancy support talkline Backline launched a new venture. The Oakland-based organization opened All-Options Pregnancy Resource Center, a Bloomington, Indiana drop-in center that offers adoption information, abortion referrals, and parenting support. Its mission: to break down silos and show that it is possible to support all options and all families under one roof, even in a state with one of the country’s most restrictive anti-abortion laws…

For years, the reproductive justice movement has insisted that the defense of abortion must be linked to a larger human rights framework that assures that all women have the right to have children and supportive conditions in which to parent them. More than 20 years ago, Rachel Atkins, then the director of the Vermont Women’s Center, famously described for a New York Times reporter the women in the center’s waiting room: “The country really suffers from thinking that there are two different kinds of women – women who have abortions and women who have babies. They’re the same women at different times.”

While this concept of linking the needs of all pregnant women – not just those seeking an abortion – is not new, there are actually remarkably few agencies that have put this insight into practice. This article is an interview with Backline Executive Director Parker Dockray about the All-Options philosophy, the center’s local impact, and what others might consider if they are interested in creating similar programs…

When asked: “What has been the experience of your first year of operations?” she said: “We’ve been blown away with the response from clients, volunteers, donors, and partner organizations …. In the past year, we’ve seen close to 600 people for 2,400 total visits. Most people initially come to All-Options – and keep coming back – for diapers and other parenting support. But we’ve also provided hundreds of free pregnancy tests, thousands of condoms, and more than $20,000 in abortion funding.

Our Hoosier Abortion Fund is the only community-based, state-wide fund in Indiana and the first to join the National Network of Abortion Funds. So far, we’ve been able to support 60 people in accessing abortion care in Indiana or neighboring states by contributing to their medical care or transportation expenses… We’ve given out more than 4,000 packs (150,000 diapers) this year – and we still have 80 families on our waiting list! Trying to address this overwhelming need in a sustainable way is one of our biggest challenges… Diapers and abortion funding are the two pillars of our work. But diapers have been a critical entry point for us. We’ve gotten support and donations from local restaurants, elected officials, and sororities at Indiana University. We’ve been covered in the local press. Even the local CPC refers people to us for diapers! So it’s been an important way to build trust and visibility in the community because we are meeting a concrete need for local families.