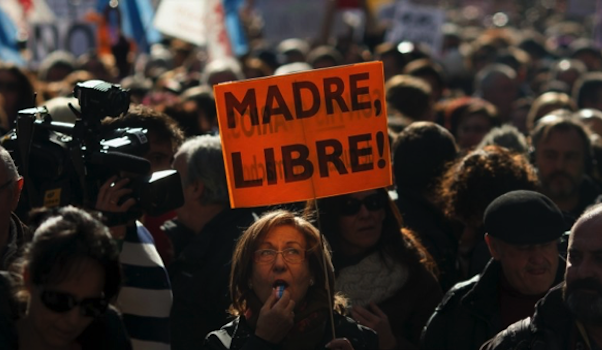 La Asociación de Abogados Cristianos (Christian Lawyers Association), an anti-abortion group, failed to provide evidence in court to support its accusations against four abortion clinics in Madrid in September this year. The group accused the clinics of having thrown away health information about their patients that could have violated confidentiality, of breaching the rules of disposal of biomedical waste, and of fiscal offences. The Magistrate’s Court ruled that they had provided no solid evidence to justfy proceeding with a case.

Jose Antonio Bosch, who represented the Association of Abortion Clinics (ACAI), argued that this group were abusing the criminal justice system just to get headlines in the press. He accused anti-abortion leader Juan Francisco Sánchez Galera, of being an “anti-abortion jihadi, rooting around the clinics’ rubbish bins” for something that didn’t exist. This person had filed the initial accusations with the police, which Bosch described as based on “some business cards” which he had allegedly found in the trash. Then the Christian Lawyers took up the case.

An example of the so-called evidence submitted was a slip of paper on which a clinic doctor, who is Muslim, had written some verses from the Koran for personal reasons. How this slip of paper had ended up in court was a mystery to him, as he said he would never have thrown it away, given its contents.

Another claim, that a clinic was violating regulations on biomedical waste management and endangering public health and the environment was also dismissed. The clinics all contract a bona fide company to remove biological waste, which the court accepted.

These accusations and complaints against the clinics are made regularly, made worse by the majority Government party’s support. Harassment of any woman entering a clinic is also a regular occurrence.