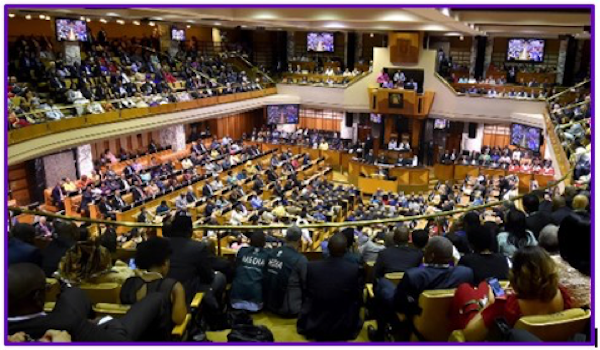 The African Christian Democratic Party (ACDP) has tabled an anti-abortion private members bill for the speaker of the SA parliament to consider. The next steps are uncertain given recent processual changes affecting such bills in the name of widening democracy. The speaker could halt or it could be sent to a parliamentary committee for consideration.
The Sexual and Reproductive Justice Coalition (SRJC) are working on a range of submissions and arguments for their members and allies to draw on to  submit to the speaker and decision makers in parliament. They are holding a strategy meeting this week to explore the way forward.
The last two anti-abortion bills tabled by this party were in 2007, to amend the Constitution to include the right to life of the unborn child, and then in 2010, to amend the Choice on Termination of Pregnancy Act so as to require mandatory counselling.
The current bill seeks to remove some of the legal grounds for abortion, require a pregnant woman to have an ultrasound examination, presumably in the belief that seeing the fetus will change her mind, and require mandatory counselling as if, without it, women would be incapable of making a fully informed choice to have an abortion or know what is best for their own lives.
Meanwhile, they make two totally false claims: that a fetus is viable at 20 weeks gestation – when in fact 26 weeks is considered the point where viability is more likely than not, and that congenital deformities can more readily be corrected by surgery before or after birth, which while true in some cases certainly does not mean that serious and fatal fetal anomalies are history by any means.
Interested parties and institutions are invited to submit written representations and comments on the proposed content of the Draft Bill to the Speaker of the National Assembly, which can be delivered to New Assembly Building, Parliament Street, Cape Town; mailed to P O Box 15, Cape Town, 8000 or emailed to bmbete@parliament.gov.za