Home » News » BELGIUM – Decriminalisation of abortion: the debate is re-opened in the parliament 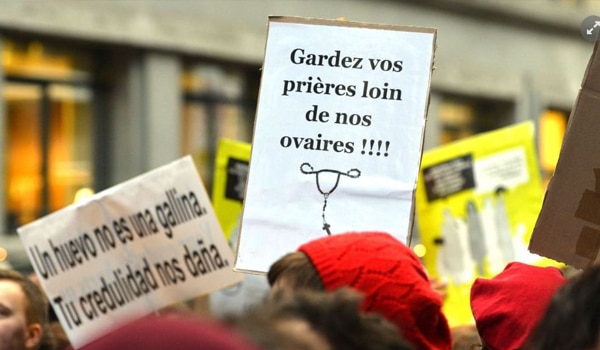 The law reform of October 2018 legalisedabortion under in certain conditions, but did not achieve truedecriminalisation because penal sanctions were retained for abortions outsidethe legal grounds. For example, the upper time limit of 12 weeks remains inplace. A reflection period of six days was also kept. Only in cases of medicalemergencies was the time limit increased. This was a compromise between theparties, but it was rejected by many as “false decriminalisation”.

All thenew bills go further than the current law but have important differences. Threeparties have proposed total decriminalisation, that is, no penal sanctionsagainst women or health professionals, and abortion treated as a form ofhealthcare and a woman’s right. The others are more limited, e.g. eliminatingsanctions against the woman but not against health professionals.

All fivebills increase the upper legal time limit, most up to 18 weeks, one up to 20weeks, and they reduce the required reflection period, e.g. from 6 days to 48hours. A consensus in support of an upper time limit of 18 weeks was forming on23 October, extended for medical emergencies.

Theoretically,agreements like this could lead to a majority in favour of a new law, but otherswill continue to call for complete decriminalisation.